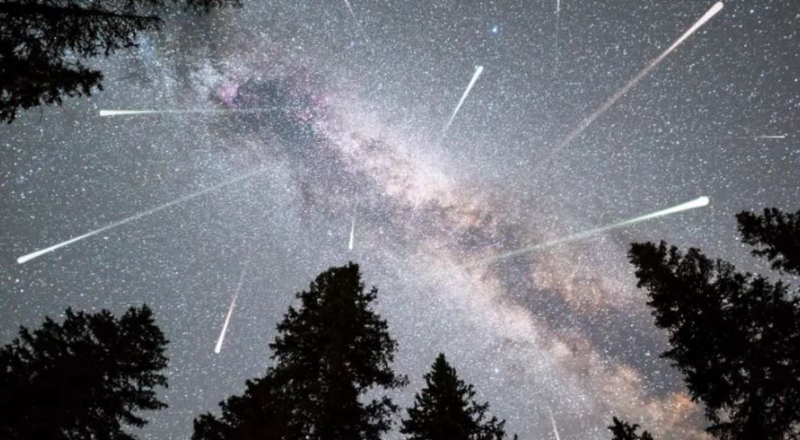 This week two celestial phenomena are expected which will make us turn our eyes to the sky.

A Supermoon will appear on August 11, followed by a shower of stars in the following days.

What is a Sturgeon Supermoon?

Each full moon has its own name corresponding to the month in which it appears.

August's moon is called the Sturgeon Moon, and 2022's is extra special.

That's because it's a Supermoon, which means it will appear a little bigger and brighter than usual.

A Supermoon occurs when the moon's orbit is closest to Earth at the same time as it is full.

This year's Sturgeon Moon peaks on August 11, but Earth's natural satellite will be brighter than usual for a few days before and after.

The name is said to have been coined by the fishing tribes of North America after the celestial event coincided with the appearance of fish around this time of year.

What is the Perseid meteor shower?

The Perseid meteors usually begin to shine in the night sky in July and remain visible until mid-August.

The celestial light show peaks on August 11, but it's possible to see its bright fireballs before and after that.

According to NASA, the Perseid is widely considered "the best meteor shower of the year."

The Perseid happens every year. A typical Perseid meteor is said to travel at 133,200 mph. They burn up in Earth's atmosphere, appearing as bright streaks across the sky.

Almost none of the rocky debris reaches the surface of our planet. When they do, they turn into meteors.

How to watch the Perseid Meteor Shower

The early hours of dawn are the best time to see them. The meteor shower occurs anytime between midnight and sunrise.

Fireballs can appear anywhere in the night sky.

For the best views, go somewhere dark and secluded from the light where you have a full view of the sky

You won't need a telescope or binoculars as it's best to have as wide a view of the sky as possible.

Typically, about 60 meteors fall per hour.