He always carried an orthopedic mattress with him, it becomes clear who is the powerful cocaine boss who was arrested, the US had put 5 million reward for his 'head' (DTEAJE) 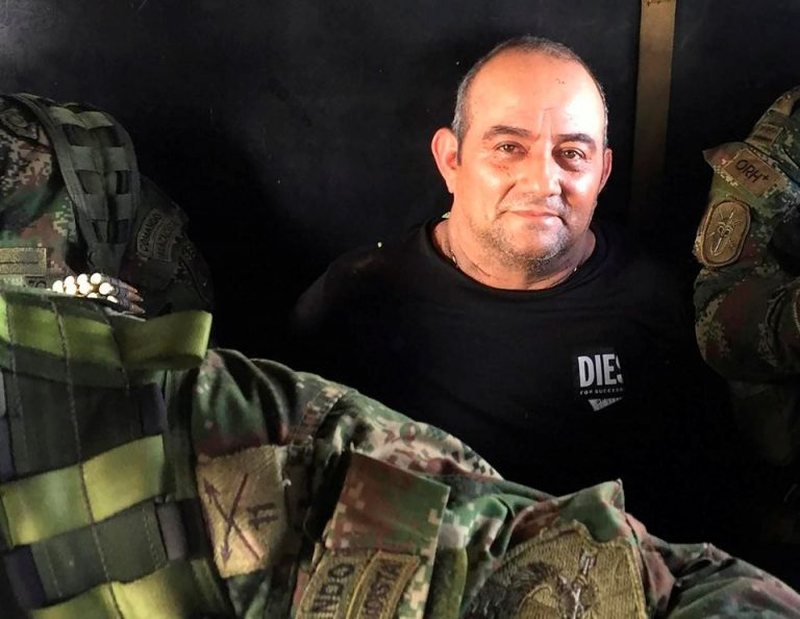 The Colombian Armed Forces have arrested the currently most powerful drug trafficker since the death of the infamous Pablo Escobar. According to foreign media, Dairo Antonio Usuga, known as Otoniel, the leader of the powerful Clan del Golfo (Gulf Clan) cartel, was arrested in the jungle.

Authorities say US and British-led intelligence provided enough information that more than 500 soldiers and members of the Colombian special forces found Otoniel in the jungle in the northwestern province and "broke eight guardrails" that were constantly pursuing him. .

A policeman was killed in an operation codenamed "Operation Osiris".

"Otoniel was the most feared drug smuggler in the world, a murderer of police, soldiers, social leaders and child recruits," Colombian President Ivan Duka was quoted as saying after the criminal was arrested.

"This blow is comparable only to the fall of Pablo Escobar in the 1990s," Duka added.

The Clan del Golfo "stayed scared" in northern Colombia because they did nothing to gain control of the central routes of cocaine smuggling from Central America to the United States.

Meanwhile the US Government put him on the most wanted list long ago and offered a reward of five million dollars for his arrest.

He was first convicted in 2009 in a Manhattan court for illegal drug trafficking, but also for supporting radical right-wing paramilitary groups that the United States declared terrorist, writes tg.

He was later convicted of smuggling dozens of tonnes of cocaine into the United States between 2003 and 2014 through Venezuela, Guatemala, Mexico, Panama and Honduras - add to that police killings and sexual abuse of children and young people. .

He began his career, with his brother Juan Dios, as a fighter in the left-wing guerrilla group "People's Liberation Army".

They were not driven by ideological impulses, so when the Army signed a peace agreement with the government in 2006, Otoniel and his brother refused, deserted to the underworld, and began conducting operations in the strategic Golfo de Urabá region in the north.

The cartel was later named after the toponym. As noted, most cocaine shipments go north from Golfo de Urabá. Later, they will start supporting right-wing guerrilla groups.

In addition to their main drug business, they were also involved in illegal mining, and the area in which they operated was controlled by violence: local leaders who would oppose them were disappearing.

They also made money from extortion. Their reach was wide, members of the group were arrested in Argentina, Brazil, Honduras, Peru and Spain.