The French media raises the alarm about the Eiffel tower: Dangerous for tourists, it is full of... 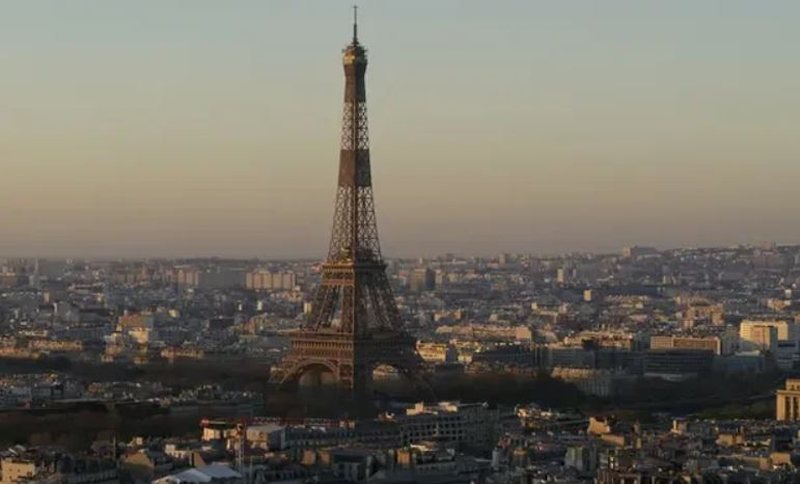 When completed in 1889, the Eiffel Tower, the Iron Lady of Paris, was expected to stand for 20 years before being dismantled. One hundred and thirty-three years later, the tower still stands, less by design than by diligent maintenance.

According to the Guardian, confidential reports that appeared in the French magazine Marianne suggest that the monument is in a bad state and full of rust. The tower needs a complete overhaul, it is claimed, but is instead only being given a facelift for the 2024 Paris Olympics.

"If Gustave Eiffel visited the place, he would have a heart attack," Marianne told an unnamed manager at the tower.

The 324-meter-tall, 7,300-ton iron tower was built for the 1889 World's Fair. It has about 2.5 million rivets and was built using iron, invented in Britain during the Industrial Revolution through a process that produced wrought iron of high quality. higher and cleaner by removing carbon from pig iron in the smelting process. Before it was opened, it was given four coats of red lead paint, now banned, but then considered the best anti-corrosive agent.

Eiffel, the civil engineer whose company designed and built the monument, said identifying and stopping the spread of rust was the biggest challenge to the building's longevity and suggested it would need painting every seven years.

The tower is undergoing a €60 million repainting in preparation for the 2024 Olympics, the 20th time the monument has been repainted. A third of the tower was supposed to be stripped and then two new layers applied. However, work delays caused by Covid and the presence of worrying levels of lead in old paint mean only 5% will be treated.

Experts told Marianne the job was just a 'cosmetic face-lift' and predicted the end result would be "sad". They say the tower needs to be completely stripped to the metal, repaired and repainted, and that painting over the old paint is making the corrosion worse.

The company that oversees the tower, Sete, which is 99% owned by the municipality, is reluctant to close it for an extended period because of the tourist revenue that would be lost. The tower receives around 6 million visitors in a typical year, making it the fourth most visited site in France after Disneyland, the Louvre and the Palace of Versailles. Its Covid-forced closure in 2020 led to a loss of €52 million in revenue.