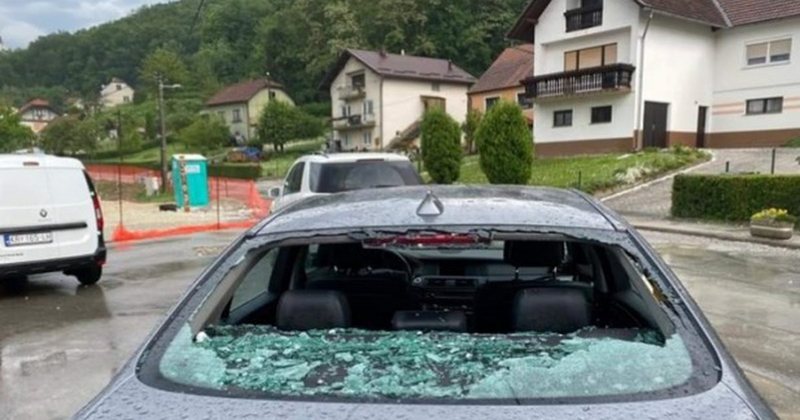 Croatia has been hit today by a strong hailstorm which has also caused a lot of damage.

The damage can not be calculated yet, but according to the testimonies of the residents transmitted by Index, in the areas that have been affected by the hail, the damage to the crops is very great and in addition to the crops, some windows have been damaged, mainly vehicles.

The incident happened shortly after 17:00, while the size of the hail was approximately the size of a walnut and covered the lawns and roads for a short time.

Meteoalarm issued an orange warning for Slovenia and central Croatia due to possible strong storms and wind.

"A storm is expected in your area today. "To protect your equipment, we recommend unplugging your phone and electronic devices," they said.