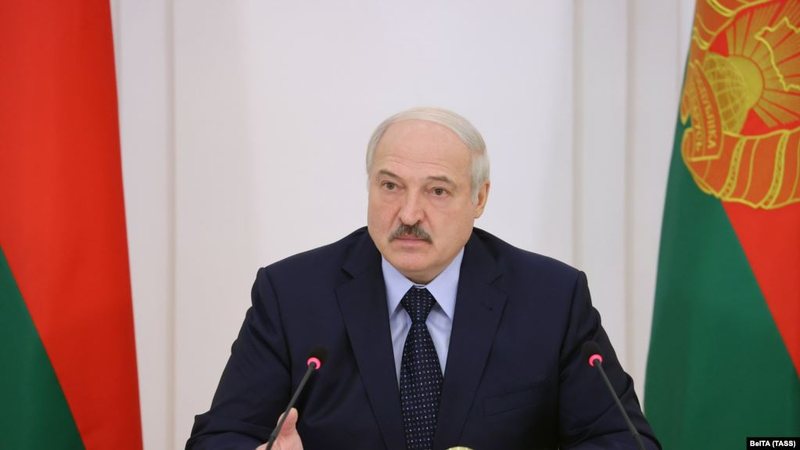 Belarus President Alexander Lukashenko has threatened military retaliation against anyone who attacks his country, as tensions over the war in neighboring Ukraine continue to rise.

Speaking on the eve of Belarus' Independence Day, Lukashenko said he had ordered his armed forces to target decision-making centers in western capitals in the event of an attack on Belarus, Belarusian news agency Belta reported.

"Don't touch us and we won't touch you. If you dare to attack, as they plan, southern Gomel or the Mozir oil refinery, the airport, the airports in Luninac or Brest, the response will be immediate. In a second! We have something to answer for," said Lukashenko and emphasized that the centers are in the hands of the rockets and that they will not look at who is sitting in offices or buildings, but that the answer will be unclear.

He also stated that his duty as president is to protect the country.

Despite the fact that Russia started the war in Ukraine, Moscow and its staunch ally Minsk constantly try to portray themselves as victims of the allegedly hostile policies of the West and NATO.

Since the conflict in Ukraine began in late February, there have been fears that Belarus will formally join Russia in the war, and Lukashenko has admitted that Russian missiles were fired into Ukraine from Belarusian territory in the first weeks of the invasion.

At the beginning of the week, at the summit in Madrid, NATO decided to significantly strengthen its eastern flank and start the process of accepting Finland and Sweden into the defense alliance.

Russian President Vladimir Putin then announced his intention to respond to the possible transfer of NATO troops to Finland with a proportional deployment of Russian troops to the region.

The weather in Italy is 'crazy', two dead and three injured

The increase in the price of electricity, Germany takes the immediate decision

Russian threats/ Zelensky appeals to the UN: You must guarantee safety at the Zaporizhzhia power plant

Russia makes a scary warning: This is when we will use nuclear weapons

Serious/ The boyfriend tried to rape his daughter, the woman cuts his genitals

The scary study is published! Scientists sound the alarm: 75% of people will die within 2 years, here are the reasons

The "mysterious" death of the powerful businessman and the biggest critic of Putin, the well-known banker is found without signs of life. Here is the wife's testimony

"They can pose a great danger"/ The FBI is alerted, Donald Trump may make public the footage that was filmed by security cameras in his residence when...

What is expected? President Erdogan makes the emergency move and lands in Ukraine

The pictures from the unbridled party that went around the world media came out, the well-known prime minister reacts "teeth for teeth": I did things...

The 'unbridled' party causes strong controversies/ the 36-year-old Prime Minister "burns" her by drinking and dancing at the party, harsh criticism erupts after the VIDEO that is breaking the internet is published