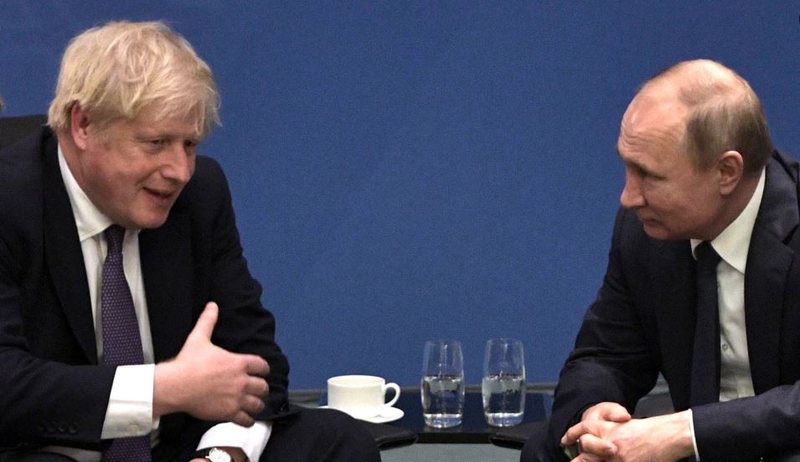 Russia has demanded a meeting with Britain's ambassador to Moscow to protest Prime Minister Boris Johnson's comments on President Vladimir Putin and another British official's comments on key figures in the Russian government.

Russia told Ambassador Deborah Bronnert that it "strongly opposed" the British leadership's "rude statements" about Russia, its leader, officials, and the Russian people, according to a statement from the Russian Foreign Ministry on 30 June. June.

"In an emancipated society, it is common to apologize for comments of this kind," he said, criticizing Britain for "unacceptable and offensive rhetoric."

Johnson said in an interview with German television station ZDF on June 29 that Russia's military aggression against Ukraine was "a perfect example of toxic masculinity."

He said that if Putin had been a woman, "I really do not think he would have started a crazy war, invasion and violence as he did."

British Defense Secretary Ben Wallace also provoked Russia's anger after he accused a Russian Foreign Ministry spokeswoman that "every week, she threatens to strike everyone with nuclear weapons, one way or another."

Russia's foreign ministry said it was "unacceptable" for British officials to "deliberately disseminate false information, especially about alleged threats by Russians who 'choose to use nuclear weapons'."

The Russian Embassy in London also protested the comments in a note to the British Foreign Office.

"The note states that such rhetoric is unacceptable and inappropriate both in form and content," the statement said.

He also stressed that the words of the British authorities were perceived in Russia "as a manifestation of the lack of deep respect" for the country and its diplomatic traditions./REL

Boasting that he liked to kill Ukrainians, Putin's "Wolf" is blown up by a Ukrainian missile

NASA makes the shocking discovery: Here's what Russia is trying to do

Putin had a telephone conversation with his Israeli counterpart, what did they talk about?