NASA gives the big news, scientists discover what they had never thought: We have final evidence for the presence of e 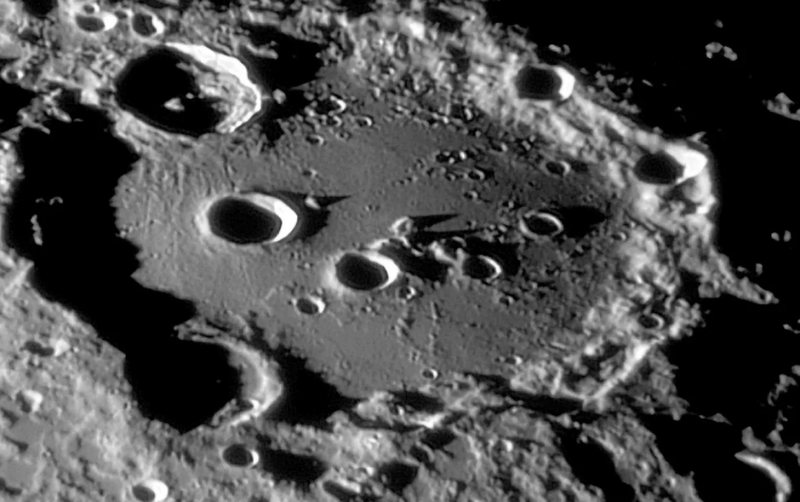 The US space agency, NASA has announced that there is final evidence for the presence of water on the luminous surface of the Moon. This discovery another significance of the Moon.

Scientists have previously thought that it would be impossible to have water in the part of the Moon illuminated by the Sun, but apparently they were wrong, as water has also been detected in areas that are directly exposed to sunlight.

The water discovered by NASA on the Earth satellite, is not in the form of ponds. Very close to the surface of the Moon have been found "pockets" that have water molecules, at a distance from each other so that they can form neither ice nor water.

The water was found in an area of ??38,849 square km, mainly in the crater "Clavius", in the Southern Hemisphere.

NASA scientists said the water also contains small fragments of glass, which prevent it from evaporating when it comes in contact with the rays. It has long been thought that water existed only in those areas that were always in the shade.

NASA's Artemis program envisions sending the first female astronaut, and the next man to the surface of the Moon in 2024, which is considered the next giant step for exploring the planet Mars.

What is happening in the world? Anthony Fauci makes it strong: Things are getting worse

The sensational study reveals when and where Covid was produced that is terrifying the world!

IMPORTANT INFORMATION: Five symptoms that indicate you may be infected with the Delta variant!

US announces decision: US visas will be lifted with this Balkan country

He was watching a movie in the cinema together with his friend, the very famous 19-year-old is shot to death

Citizens 'do not believe their eyes' remain stunned when they see the sky turn green after the explosion, speculates on UFO (VIDEO is breaking the net)

"The situation is still bleak and complicated", what is happening in Wuhan, millions of Chinese enter "Lock Down"