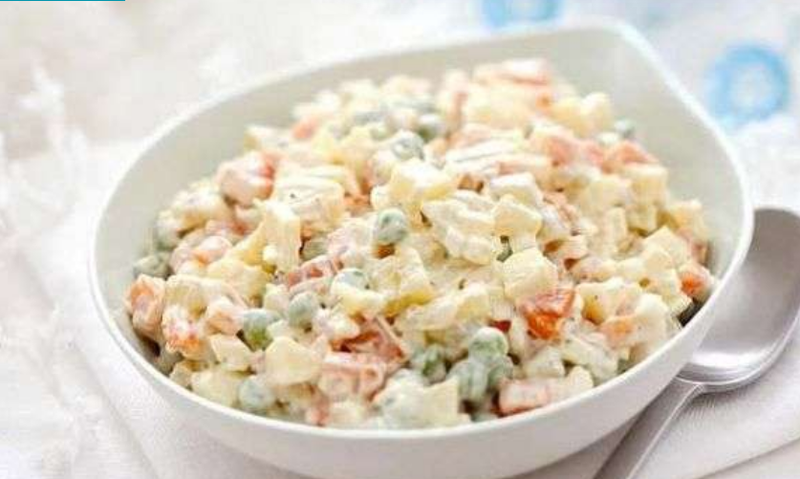 As NATO leaders gather in Madrid for a summit focusing on Ukraine's power, attention has shifted to another element that is virtually ubiquitous in restaurants: Russian salads.

International officials and journalists were shocked to see that the salad, a combination of potatoes, mayonnaise and vegetables known as "ensaladilla Rusa", was sold as a "Russian-style potato salad" at the summit site.

"Russian salad at a NATO summit? "I am a little surprised by this choice of dish", said the journalist Iñaki López for the Spanish media La Sexta.

While it made a lot of noise, it seems that the dish has now received another name and is called "traditional salad", writes The Guardian.

Spanish chef José Andrés went a step further, adding tomato bread and calling it a "Ukrainian salad" in solidarity with the dinner he co-ordinated for the defense and foreign ministers' visit on Tuesday.

It was a renaming that began last month when Andrés announced he would change the name of the dish at all of his restaurants. A number of bars and restaurants have joined his initiative.

Among the first was Mesón Martín, a three-decade-old restaurant in the northern city of Zaragoza. "Friends, we have decided to change the name of the famous salad," the restaurant announced on social media in late February. "From today, you will find the Kiev salad on our menu, in solidarity with the people of Ukraine."

It is not the first time that Spanish staple food, widely credited to Italian-British chef Charles Elmé Francatelli, has fallen prey to politics. During the dictatorship of Francisco Franco, bars and restaurants often changed their name to "ensaladilla nacional", or national salad, to avoid being associated with the spread of pro-communist propaganda.

It is also not the first time food has ended up as a diplomatic hostage. In 2003, chips and toast were renamed "linen chips" and "freedom toast" in U.S. congressional cafeterias by Republicans outraged by France's opposition to the invasion of Iraq.