During the evening we left behind there was a serious incident in Greek waters, where a military ship was wrecked and split in two by a giant cargo ship.

The merchant ship "Maersk Launceston" with the Portuguese flag collided with the ship "Kallisto".

The latter is one of the four mine-search ships owned by the Greek navy causing great damage to Greece.

As can be seen from the photos, the military ship has been split in two and according to the Greek media has become obsolete, although a year ago investments were made in it for major repairs.

Two sailors were injured in the collision on the Greek military ship, while no such report was reported on the merchant ship. 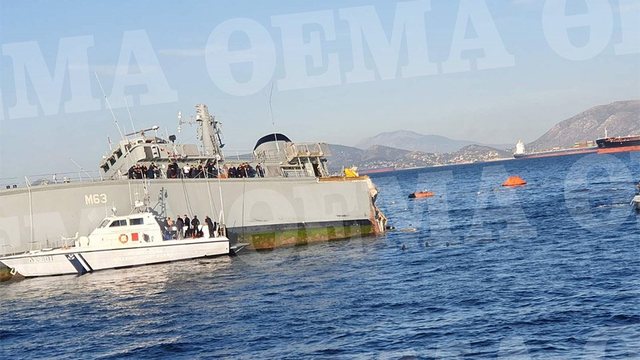