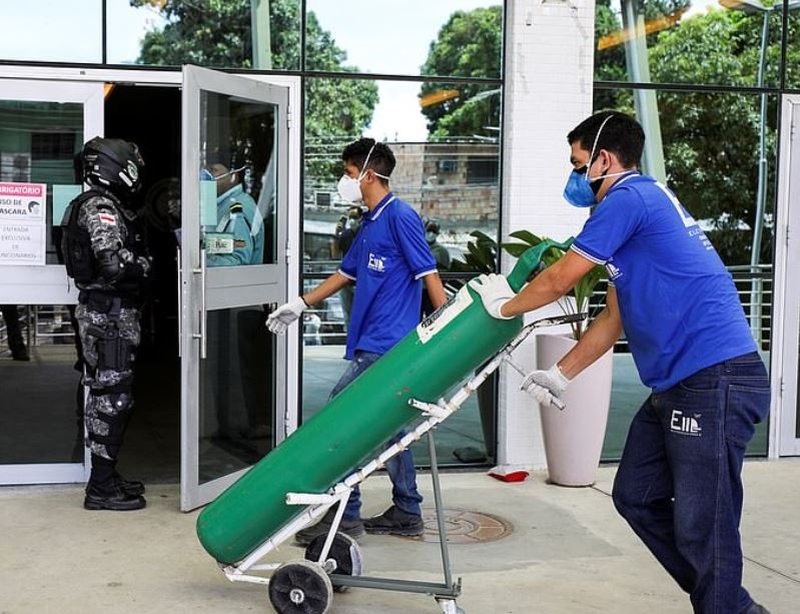 Health authorities in Brazil have issued the alarm as the situation seems very serious. Health is facing pronounced lack of oxygen and lack of medical staff.

Manaus is also facing a rapid increase in the number of infected people as well as those who are losing their lives. According to local media, doctors have warned that many people could lose their lives due to lack of oxygen and medical staff.

To date, over 205,000 people have lost their lives in Brazil, becoming the second most affected country by the pandemic, after the United States.

Jessem Orellana, from the Fiocruz-Amazonia scientific investigation institute, told AFP that oxygen had run out in Manaus hospitals. "We are in a terrible situation. There is no oxygen and many people are dying. "If anyone can help us, act immediately, as the situation is very serious," said Orellana.

The injury of the Albanian in Athens, happens unexpectedly to the taxi driver who "helped" the perpetrators

Covid-19 / Biontech boss delivers the big news: Here's how we can limit the pandemic effectively! Vaccinated persons do not ....