The G7 summit kicks off in the UK, here is the main topic of the talks 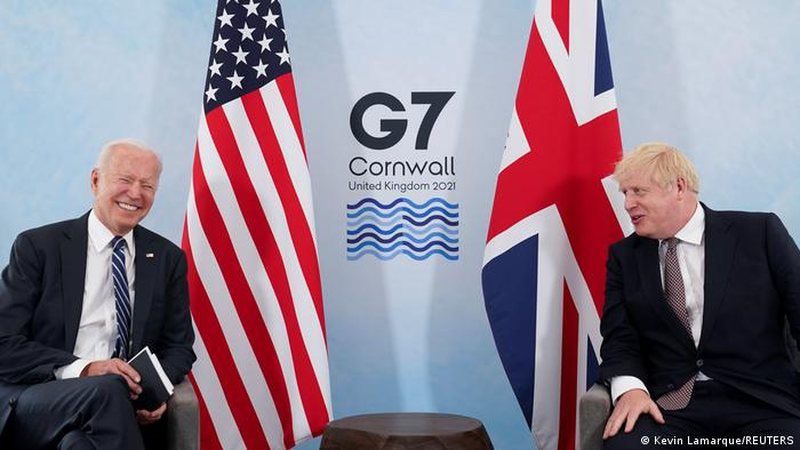 The Summit of the Group of Seven most industrialized countries of the world has started in Great Britain. This is the first such summit held directly since the outbreak of the Covid-19 pandemic.

According to international media, G7 leaders are expected to make the decision to distribute billions of doses of coronavirus vaccine to other states.

The summit brought together the leaders of Germany, France, Italy, the United Kingdom, Canada, Japan and the United States at the Carbis Bay resort in the south-west of England.

The leaders of the seven most industrialized countries in the world will also meet with the British Queen, Elizabeth II. This is the first participation in the G7 summit for US President Joe Biden, Italian Prime Minister Mario Draghi and Japanese Prime Minister Yoshihide Sugu.

The summit will last until Sunday, June 13th.

Details of Biden's long-awaited meeting with Putin are revealed, here is the move that the American president will make

The diver is surprised by the story and tells the tragic moment he faced: The whale swallowed me, I stayed inside it for 30 seconds and then ...

Just days before the meeting, Vladimir Putin has a 'request' for Joe Biden

The US takes another decision, lifting sanctions against some citizens and companies

He was betrayed by nervousness, the Italian police arrest the young Albanian, find out where he hid the cocaine

He was shot nine times, the 26-year-old girlfriend of the drug lord is executed

Germany gives the good news, removes restrictions for these countries, among them ...

"Do not sleep" / Trump advises Biden before meeting with Putin

You will not believe it! This state makes the strong decision, blocking the SIM cards of those who refuse to be vaccinated