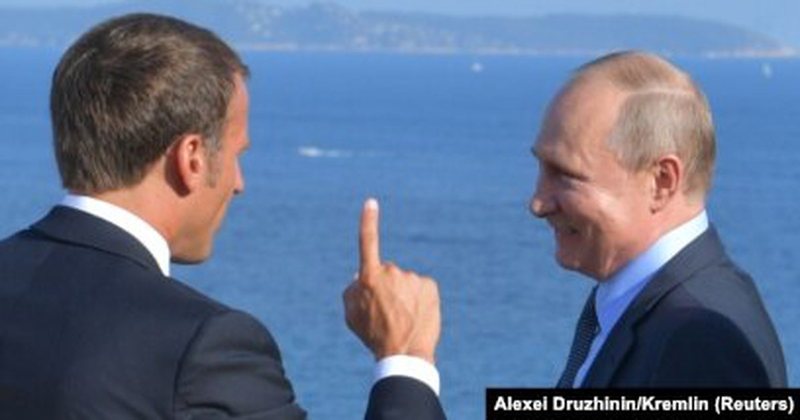 The French president attacked his counterpart over suggestions he should negotiate with pro-Russian separatists, at one point exclaiming: I don't know where your lawyers learned the law.

The tense conversation ended after Putin said he was in the gym to play ice hockey, having dropped requests to hold a meeting with Joe Biden.

The February 20 conversation was revealed by broadcaster France2 in a documentary on the French president's handling of the conflict, "A President, Europe and War."

In the fiery discussion, Macron said to Putin: I don't know where your lawyer learned the law! I'm just looking at the lyrics and trying to apply them!

"I don't know which lawyer will tell you that in a sovereign country, the texts of laws are proposed by separatist groups and not by democratically elected authorities."

A furious Putin then responded: This is not a democratically elected government. They came to power in a coup, there was bloodshed, and Zelensky is one of those responsible.

When the Kremlin leader again suggested to Macron to negotiate with the separatists, the Frenchman exclaimed: We do not give a damn about the proposals of the separatists!