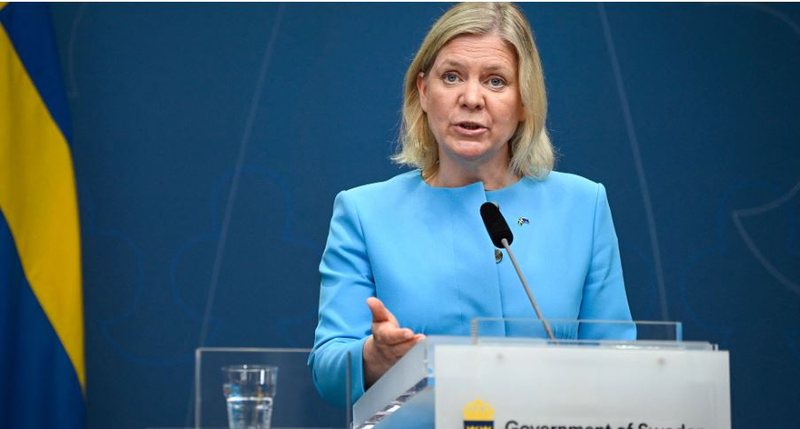 Swedish Prime Minister Magdalena Andersson has reacted to Turkey by responding to Erdogan's claims, saying her country "does not send money to terrorist organizations", responding to claims by Turkey as the Nordic nation seeks to join NATO.

Speaking at a news conference in Stockholm on Wednesday, Andersson said the dialogue between Turkey and Sweden was "ongoing" as part of efforts to counter Turkish concerns about Sweden's union with the military alliance.

On Wednesday, Andersson said during discussions that the Turkish and Swedish sides "will naturally go through and discuss the list and resolve a number of issues that have been unclear in media reporting and statements from other countries."

"It's clear that it has to do with where we send our financial aid. "We do not send weapons to terrorist organizations, obviously not weapons," Andersson continued.

European Council President Charles Michel, who addressed reporters along with Andersson, said that although he did not want to make any statements that would make things more difficult, he wanted to express the EU's support for the "step of important ”that Sweden and Finland have done, after deciding to apply for NATO membership.