"There is no time to lose!", Joe Beden makes his first move as president shortly before taking office 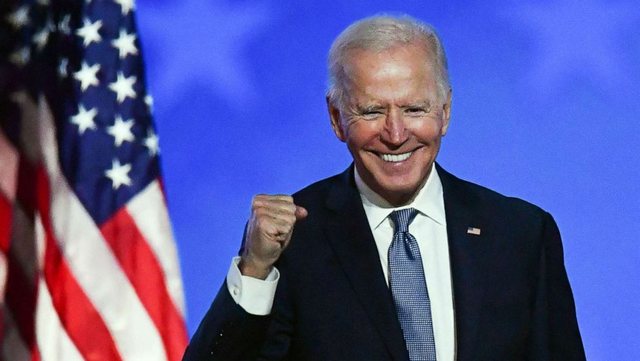 President-elect Joe Biden has unveiled a $ 1.9 trillion bailout package for the U.S. economy before he takes office next week.

If approved by Congress, it would include $ 1 trillion for families with $ 1,400 in direct payments to all Americans.

The aid proposal includes $ 415 billion to fight the virus and $ 440 billion to small businesses.

Biden has vowed to defeat the pandemic that has claimed the lives of more than 385,000 Americans.

During his campaign last year he vowed to do a better job of tackling the virus than outgoing President Donald Trump.

In a speech on Friday, Biden said: "We are facing a crisis of human suffering and there is no time to lose."

"The health of the nation is in danger," he added. "We have to act and we have to do it now."

"There will be obstacles, but I will always be honest with you, both for the progress we are making and for the obstacles we face."

"The spread of vaccines in the United States has been a terrible failure so far," Biden said.

His administration aims to vaccinate 100 million people in 100 days.

His plan also calls for $ 50 billion to expand virus testing and $ 130 billion to help schools reopen by spring.

The plan will enable the employment of 100,000 public health workers.

It is unclear how soon the Senate will proceed, or whether it will vote to condemn Trump but the drama is expected to prove a withdrawal from Biden's agenda.

US State Department warns: Here is what Russia is doing against the Pfizer and Moderna vaccines

'The Economist': Is SARS-CoV-2 evolving to become more deadly? Here is what scientists say

Tragic / The woman kills her 2-year-old daughter and tries to commit suicide. The phone call she made to her husband shortly before the extreme act is revealed, what the investigators found in her body

Scary / When will the world be destroyed? NASA reveals date and cause

Lost $ 27 billion in a week / Elon Musk "relinquishes the throne", here is the richest man on the planet

Does it make sense to keep the mask off? DW: How high is the risk of coronavirus infection in nature?

Europe's 'iron' woman comes out with strong warning on Women's Day: They are being severely threatened by ...