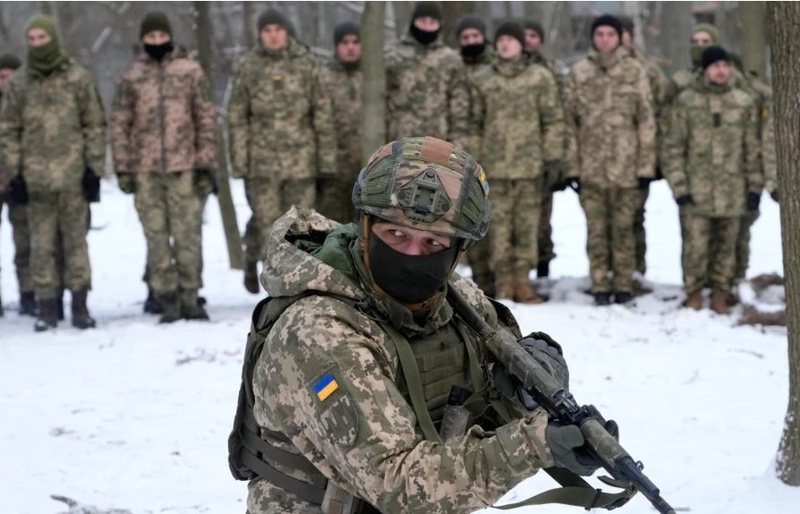 Russian top diplomat Sergei Lavrov said Friday that Moscow would not start a war against Ukraine, but warned that it would not allow the West to harm its security interests.

US President Joe Biden on Thursday warned Ukrainian leader Volodymyr Zelenskyy that there was a "real possibility" that Russia would take military action against Ukraine in February.

"There will be no war as far as the Russian Federation is concerned, we do not want a war," Foreign Minister Lavrov said in an interview with several Russian radio stations. "But we will not allow our interests to be violated with arrogance and ignored."

Tensions have risen in recent weeks over Ukraine, as Moscow has amassed more than 100,000 troops near its neighbor. The United States and its NATO allies are concerned that Russia may be preparing for an attack.
Russia has repeatedly denied any such plan, but has demanded that NATO promise that Ukraine will never be allowed to join and that the alliance withdraw its troops and military equipment from Eastern Europe.

The US and NATO formally rejected these demands this week, although Washington proposed possible areas for which there could be talks, offering hope that a way could be found to avoid war.

Russia's official response to the US proposals will come from President Vladimir Putin, but the Kremlin has said there is "little room for optimism."

President Putin opened his weekly Security Council meeting today, saying only that foreign policy issues would be addressed. Kremlin spokesman Dmitry Peskov said the Russian leader could discuss his reaction to the United States' rejection of key Russian demands with French President Emmanuel Macron during a conversation with him Friday. VOA