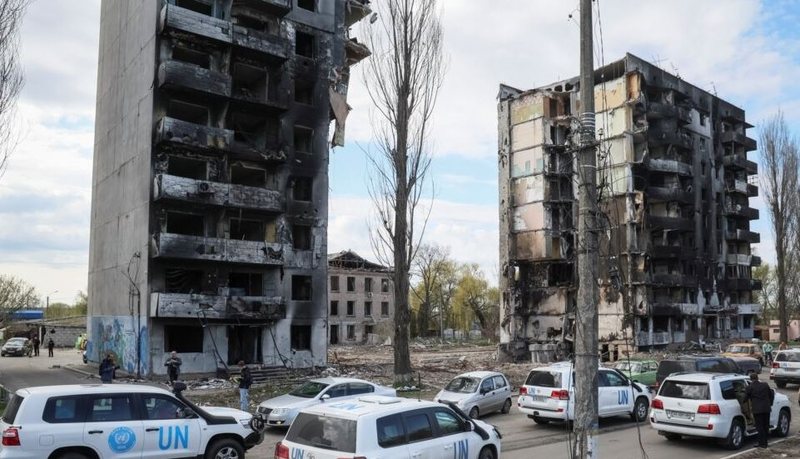 Some 16 million people inside Ukraine are in need of humanitarian assistance, the United Nations said on Thursday, adding that providing assistance in some areas was "extremely difficult".

Ukraine has suffered the destruction of its infrastructure since the February 24 invasion of Moscow, forcing millions to flee and leaving entire cities devastated.

The UN said on Thursday that humanitarian needs were growing and that conditions for sending aid were deteriorating as the conflict has been dragging on for more than four months.

Six million Ukrainians have been forced to flee their homes to other regions of the country since the start of the war, although about five million have returned since then, she said.

But "many know that they may be forced to flee again," Lubrani added, recalling that more than 5.3 million more Ukrainians have fled the country.

She added that the UN report on the number of victims since Russia invaded Ukraine is likely to be much higher.

"The number of nearly 5,000 civilians killed and more than 5,000 injured is just part of the frightening reality," she said.

She also said it was "extremely difficult and sometimes. Impossible" for humanitarian groups to enter areas no longer under Kiev's control.

Lubran called on Russia and Ukraine "to do more to protect the people of this country and to make our work possible."

Matilda Bogner, head of the UN mission to monitor human rights in Ukraine, told the conference that the organization had "full access" to Russian prisoners of war held in Ukrainian-controlled territory.

However, "we have had no access to prisoners who are interned outside areas controlled by the Ukrainian government," referring to a part of Ukraine captured by Moscow or under the control of pro-Moscow separatists.

She also said she had no access to Ukrainian detainees held in Russia, adding that there had been "difficulties" in dialogue with Russia on the issue.

Ukraine said on Wednesday that 144 of its soldiers had been released in the largest prisoner exchange with Russia since the start of the war.

Russia said on Thursday it was holding more than 6,000 Ukrainian prisoners of war.