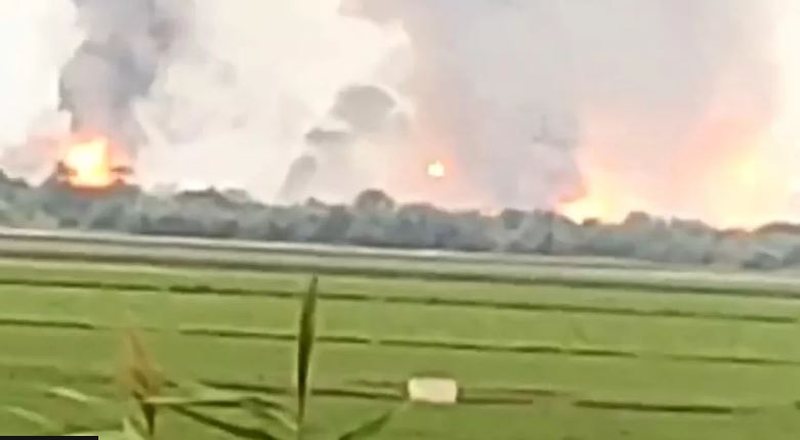 A military base in Russian-occupied Crimea has been hit by a series of explosions, injuring at least two people. Russian officials said a fire caused the explosions at a weapons depot in the Dzhankoi area of ??northern Crimea. A fire also broke out in an electricity substation.

Explosions at the ammunition depot - media in the occupied Crimea pic.twitter.com/6zowH6H6Nw

What caused the explosions is unclear, but last week Russian warplanes were downed in an apparent Ukrainian attack off the coast of Crimea . Russia's Defense Ministry said the fire broke out at a temporary ammunition depot near the village of Maiske at around 06:15 Moscow time (03:15 GMT) and that the cause was being investigated. The ministry said there were no "serious" casualties, but a Russian-appointed official said two people were injured.

An adviser to Ukraine's presidential office, Mykhailo Podolyak, described the incident as "demilitarization in action," suggesting the explosions were not accidental.