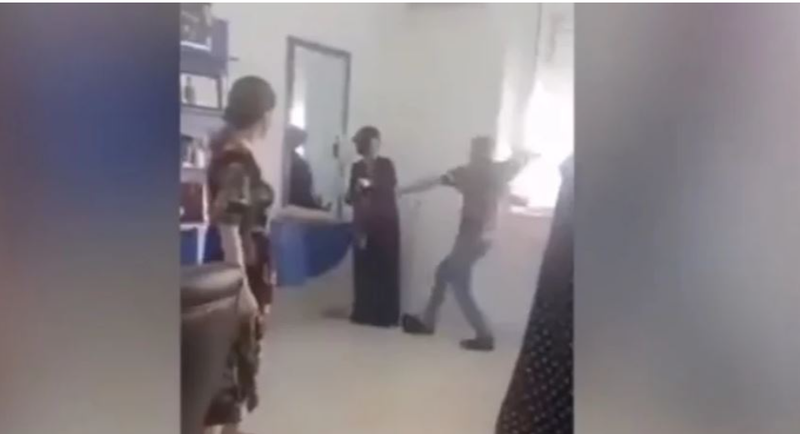 A man in Turkmenistan was furious with his wife, who dared to visit a beauty salon. He enters the store and begins to beat the woman in front of the employees and customers, who stand frozen and do nothing to stop the attack.

And as if the first attack wasn't enough, the man walks away and a few minutes later returns to punch his wife again. The attack, captured on video, appears to have taken place in the Kyoshi neighborhood near the capital Ashgabat. In Turkmenistan, women live in an authoritarian environment.

The government has made hair dyeing and cosmetic procedures taboo. In fact, men can be fined if their wives visit a beauty salon, the Daily Mail reports. Turkmenistan's government has stepped up scrutiny of women's rights since new president Serdar Berdymukhammedov came to power in March.