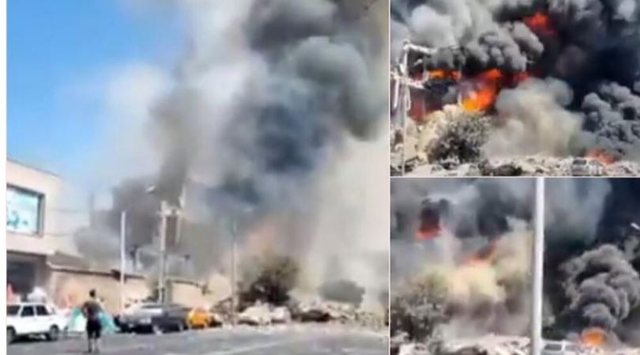 A fire that broke out near a shopping center in Yerevan, Armenia, was followed by a powerful explosion inside a warehouse filled with pyrotechnics.

As a result of this explosion, at least five people lost their lives and dozens more were injured, who were urgently sent to the hospital for treatment.

The new video shows the moment when the powerful explosion comes, and the entire surrounding neighborhood is filled with rubble and black smoke.

Even 200 firefighters and ambulances were sent to the scene, to localize the fire and help the injured.

Many volunteers have been engaged to assist in the rescue of people trapped under the rubble.

However, what is still not known is the cause that led to this explosion of the warehouse of pyrotechnics.