Images that are making the rounds of the world / Ukrainian government 'bites' German politicians harshly: These are the weapons you brought us! 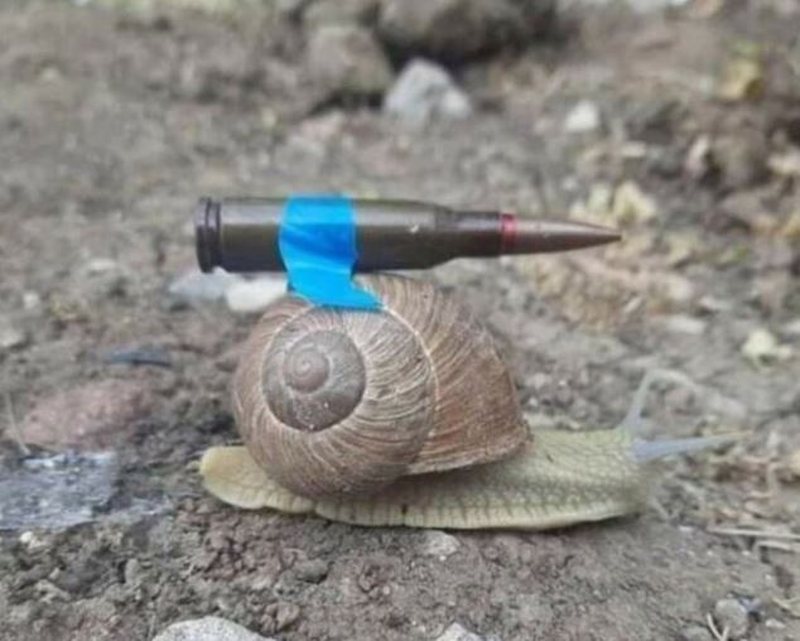 It has been three months since Ukraine put up strong resistance to the Russians.

A great help to the local army has undoubtedly been the weapons sent by the allied countries and their supporters.

Germany, however, is one of those countries that has been accused by the Ukrainian leadership of being unfavorable and their aid and sanctions imposed on the Russians have been deemed insufficient. Recently, a Ukrainian government official sent an ironic message to the German ambassador to Kiev, Andriy Melnyk.

He sent her a picture of a snail holding a bullet in its shell and wrote:

"These are the weapons you brought us."

The governor further demands more weapons and support from the country led by Olaf Scholz. Meanwhile, the German ambassador has openly expressed support for Ukraine. He writes on Twitter that Russia will not win the war.