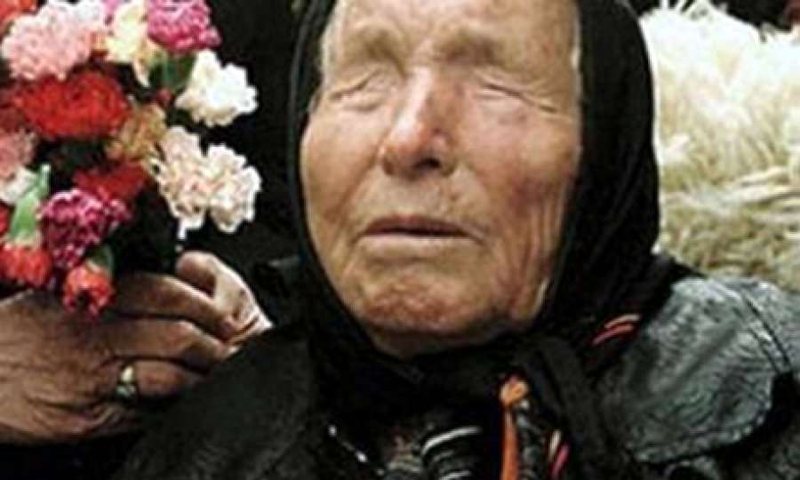 Baba Vanga, whose real name is Vangelia Pandeva Dimitrova Gušterova, was born on January 31, 1911 in Strumica, Macedonia. According to folklore and many testimonies, she predicted the most important world events, especially disasters.

Among other things, her story about the great flood was written.

-The great flood that comes at the end of spring will bring a river of corpses... And just when we think the worst nightmare is over, a terrible disease comes. It will be worse than AIDS and it will kill men. These are the words that Vanga spoke before her death in one of the last interviews with Ukrainian traveler and businessman Anatoly Lubchenko.

He visited Vanga in 1994, when she was already extremely exhausted from fighting a serious illness.

Although Vanga did not specify when the rivers of corpses would flow around the world, experts believed that it was a series of floods that would come year after year and carry everything before them. June 2014 truly brought an unprecedented disaster. The torrents washed away houses, destroyed cars and almost everything people owned. The look on their faces said it all.

"The tragedy is very big. I'm on the streets of the suburbs. Here there are no roads, no houses, the cars are one on top of the other", lamented Ivan Portnih, then mayor of the city of Varna, a famous Bulgarian resort.

They were living a nightmare those days.

The flood was terrible, biblical, unprecedented, it covered a large part of Bulgaria. Just two months ago, similar chaos was experienced in Serbia, Croatia, Bosnia and Herzegovina.

Humanity in this case, we witnessed, still overcame the tragedy. People helped people. Because of the flood, people became people again. Gathered in containers, helped, shared the last crust of bread, the children socialized again.

The world seemed to be as it should be again full of humanity and brotherly love. Policemen, firefighters, soldiers, neighbors, they waded through the water and saved every creature, from chickens to people. One died for the other. And this is exactly what the world lacked, as Baba Vanga said.