After water on the Moon, NASA makes another discovery: Extremely rare! 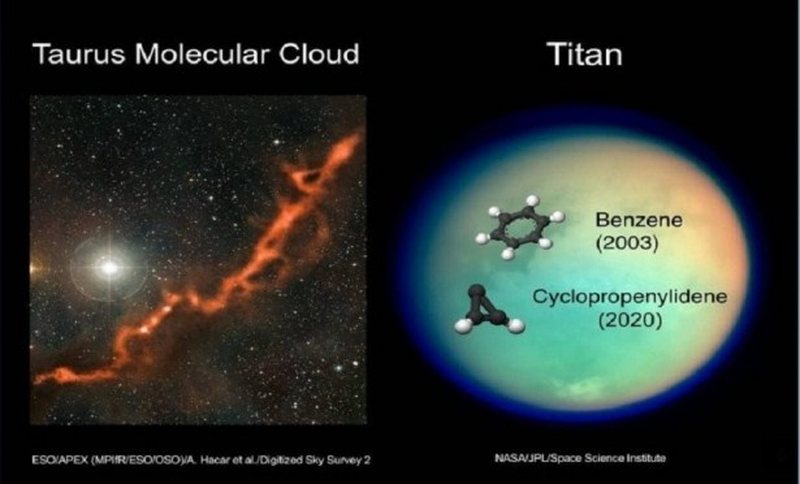 Scientists have discovered an extremely rare carbon-based molecule in the moon atmosphere of Saturn Titan that can only exist on Earth under laboratory conditions.

What makes this discovery even more interesting is that this rare molecule - cyclopropenylidene (C3H2) - has never been found before in an atmosphere, in the Solar System, or anywhere else.

According to astronomers, the only place where C3H2 can remain stable is the cold vacuum of interstellar space.

Melissa Trainer, a NASA Goddard astrobiologist, said Titan could be a place similar in chemical composition to ancient Earth when life had just begun.

"We need to know what is happening in the atmosphere to understand the chemical reactions that lead complex organic molecules to form and rain on the surface," she said.

C3H2 is a "very strange little molecule" that does not last long outside of a controlled environment as it reacts very quickly with other molecules and forms other compounds, but when it comes to Titan, it is very different from interstellar space. it has hydrocarbon clouds, hydrocarbon lakes and a mostly nitrogenous atmosphere, with little methane.

So far, cyclopropenilidine has only been detected in molecular clouds of gas and dust, such as the Taurus Molecular Cloud in the constellation Taurus, more than 400 light-years away.

NASA's new discovery comes shortly after the space agency officially confirmed the presence of drinking water on the Moon's surface.

What is happening in the world? Anthony Fauci makes it strong: Things are getting worse

The sensational study reveals when and where Covid was produced that is terrifying the world!

IMPORTANT INFORMATION: Five symptoms that indicate you may be infected with the Delta variant!

US announces decision: US visas will be lifted with this Balkan country

He was watching a movie in the cinema together with his friend, the very famous 19-year-old is shot to death

Citizens 'do not believe their eyes' remain stunned when they see the sky turn green after the explosion, speculates on UFO (VIDEO is breaking the net)

"The situation is still bleak and complicated", what is happening in Wuhan, millions of Chinese enter "Lock Down"