After the Covid wave, another mysterious disease is circulating rapidly 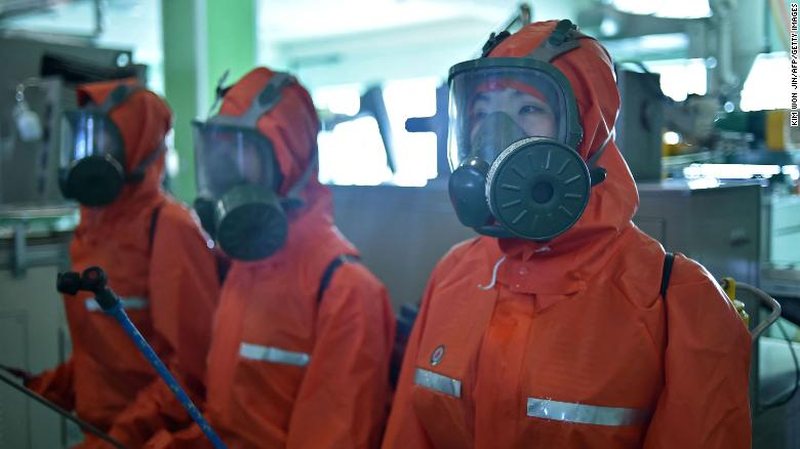 North Korea has sent medical and epidemiological investigative crews to a province battling an outbreak of an intestinal disease, state media reported on Sunday.

At least 800 families suffering from what North Korea has called just an "acute enteric epidemic" have received assistance in the southern province of Hwanghae so far.

Enteric refers to the gastrointestinal tract and South Korean officials say it could be cholera or typhoid.
The new outbreak, reported for the first time Thursday, puts further strain on the isolated site as it battles chronic food shortages and a wave of Covid-19 infections.

On Sunday, the state-run KCNA news agency detailed preventive efforts, including quarantines, "intensive scanning for all residents" and special treatment and monitoring of vulnerable people such as children and the elderly.

A "National Rapid Diagnosis and Treatment Team" is working with local health officials and measures are being taken to ensure agriculture is not disrupted in the key agricultural area, the KCNA said.

Disinfection work is being carried out, including sewage and other waste, to ensure the safety of drinking water and the home, the report said.

The KCNA also reported another 19,310 new cases of fever on Sunday, without detailing how many of those patients had tested positive for coronavirus.

Overall, more than 4.6 million have shown symptoms of fever since a Covid outbreak was first admitted in mid-May.

Conflicts are escalating/ There is no peace in the Aegean, the urgent movement of Turkish fighter jets is revealed, here is what is happening in Greece

Boris Johnson's successor is getting ready, who is the "iron" woman who came out against the monarchy and considered Brexit dangerous, here is the scary scenario for the winter in Britain

13 trillion dollars of energy deposits in Putin's hands, here is the Russian president's plan to keep official Kiev "stuck", the West on alert

The well-known TV personality has an accident, the police sink him after finding 1.5 million euros and drugs in the car

A car accident in the parking lot near the Court of Appeal in Athens has caused ...

The two actresses Monika Lubonja and Arjola Demiri, among the most sensational...

The photo is published that is spreading rapidly / Fifi sings in the rain, the action of her partner gets everyone's attention

With the last concert she held in Skopje, Filloreta Raçi, known as Fifi...

While on vacation, the famous singer faces the unexpected, her $6 million apartment with nine bedrooms and 13 bathrooms is robbed

Mariah Carey has fallen victim to a robbery while on vacation. The event is sa...