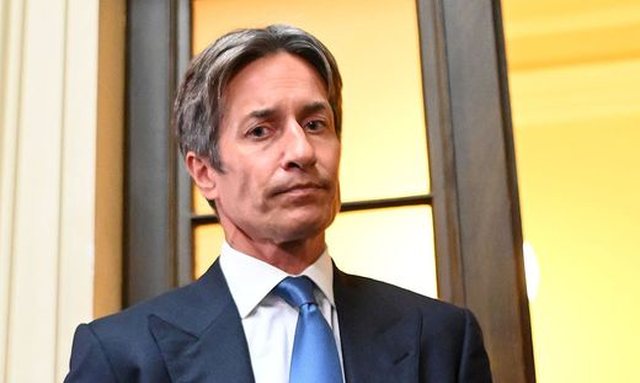 Former Austrian Finance Minister Karl-Heinz Grasser has been sentenced to eight years in prison for his role in a high-level corruption scandal.

Grasser was found guilty of embezzlement, bribery and falsification of evidence in a deal to sell thousands of publicly owned apartments. The court in Vienna said the former minister was involved in illegal payments amounting to over € 9 million. He himself denies any wrongdoing and says he will appeal the decision. Grasser became the youngest finance minister in the country's history in 2000. The controversial case involves a total of 14 defendants, who face a range of charges, including money laundering, fraud and counterfeiting. evidence.

The court said Grasser and a broker passed information about an offer during a scheme to privatize 60,000 apartments. The information in question gave a rival bidder the opportunity to submit a slightly higher winning bid. A consortium bought the apartments for € 961 million - and three years later, they were valued at double that amount. According to the judge, a percentage of the purchase price, or € 9.6 million, went to the former General Secretary of the Austrian Freedom Party of Austria, Walter Meischberger, and lobbyist Peter Hochegger.

Both of them have also received prison sentences. The money, always according to the court, was divided into three bank accounts.

The trial of Donald Trump, the leader of the majority in the Senate, reveals when the process begins

The COVID balance sheet is published, here is what happened in Italy in the last 24 hours

German media give 'bomb' warning: If Greece implements the 12-mile enlargement, Turkey will ...

After the suicide of the 10-year-old, another tragic event occurs, the train crashes to death the 18-year-old after making a video for TikTok

Scandal / The doctor steals the doses of the vaccine to give to his family and friends, the Prosecution reacts and an immediate decision is made against the doctor

Occurs for the first time in the world / Two decades after the accident that took him both limbs, doctors realize the great miracle

The anti-mafia mega operation, 48 people are arrested, including politicians and MEPs