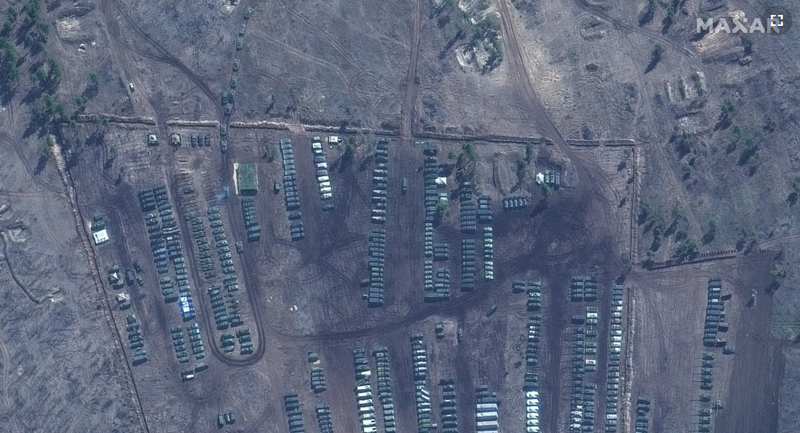 Ukrainian Foreign Minister Dmytro Kuleba said that the gathering of Russian troops near the border with Ukraine is growing every day, as concerns have grown that this military gathering is preparation for a Russian invasion of Ukraine.

Russia has deployed more than 100,000 troops along the border with Ukraine and, according to Western intelligence, has conducted a series of military exercises in the area. Last week, Ukrainian intelligence said the number of troops gathered was 127,000.

Kuleba, speaking at a news conference in Copenhagen on January 27, said that if Russia - which in 2014 annexed the Ukrainian peninsula of Crimea - decided to attack, Kiev would "retaliate" this time.

Kuleba's comments come a day after the United States rejected Moscow's request that NATO suspend Ukraine's membership in the military alliance, and offered "a serious diplomatic route" to resolving the crisis.

US Secretary of State Antony Blinken has sent a letter to Russia regarding security demands, arguing that the West is committed to pursuing an "open door" policy for countries seeking NATO membership.

Russia has said it will analyze the US response, which was submitted in coordination with NATO.

Meanwhile, diplomatic efforts to resolve the crisis continued in Paris, where advisers to the leaders of Russia, Ukraine, France and Germany met. In a statement on January 27, they said they pledged to abide by a previously reached ceasefire agreement aimed at ending the conflict in eastern Ukraine.

Since April 2014, in the eastern regions of Ukraine, Ukrainian forces have been fighting Russian-backed separatists.

No concrete results were reached at the council meeting, but they agreed to meet after two weeks in Berlin. Kuleba said this was a sign that Russia would stay on the diplomatic path at least for a short period of time.

"The good news is that the advisers agreed to meet in Berlin in two weeks, which means that Russia for the next two weeks will probably stay in the diplomatic course," Kuleba said after meeting with his Danish counterpart, Jeppe Kofod.

Russia denies having plans to invade Ukraine, but has said it sees NATO as a threat and has urged the alliance not to expand eastward. NATO has also sent a written response to Russia's demands, presenting a series of proposals for a diplomatic solution to the crisis, and has called on Moscow to reduce tensions.