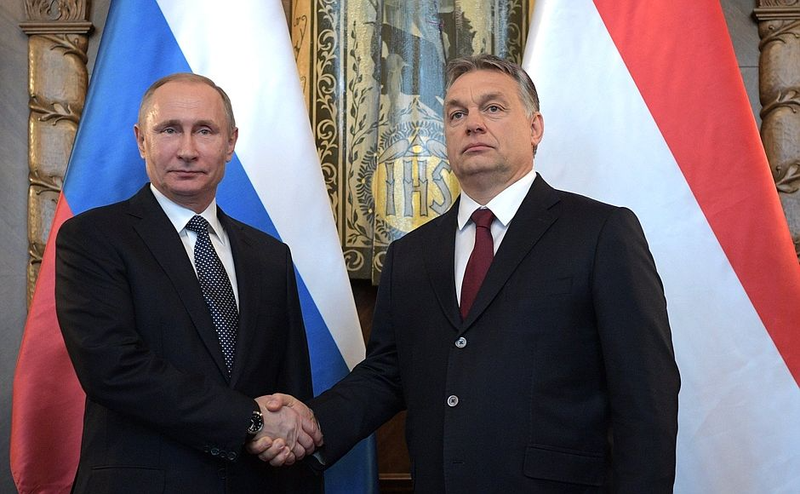 The leader of Bosnia-Herzegovina Milorad Dodik is trying to isolate his country from the whole world and his "last ace up his sleeve" is to cause war in the Balkans with the support of Vladimir Putin. The situation in Bosnia and Herzegovina seems quite tense and the country could go towards a vicious conflict if no measures are taken. This country is seen as a satellite of Vladimir Putin to cause unrest and his latest statements further confirm this thesis. The Bosnian Serb nationalist said yesterday that he respects Vladimir Putin and supports the so-called "referendums" in occupied Ukraine for union with Russia. Dodik, who currently serves as the Bosnian Serb member of the tripartite presidency, was speaking ahead of Bosnia's general election. A vocal supporter of Russian President Vladimir Putin, Dodik suggested that the "referendums" in Ukraine, which the West has condemned as forced, illegal and rigged, could be used in Bosnia. Dodik openly advocates splitting the Bosnian Serb-dominated entity Republika Srpska (RS) and merging it with neighboring Serbia.

These reactions of Dodik would cause unrest in Bosnia and could explode into armed conflict, since the division of the country into two main administrative units or entities, the RS and the Bosniak-Croat-majority Federation of BiH or FBiH, is the result of the Agreement of Dayton Peace brokered by the US and the West, the peace agreement that ended the 1992 Bosnian accord, the 1995 War, which saw around 100,000 people killed.

Why should NATO worry about the Balkans?

The ongoing war in Ukraine shows that frozen conflicts can turn overnight into full-scale wars. Those living in Bosnia and Herzegovina are well aware that the frozen conflict is a powder keg waiting to be ignited, and that only a strong NATO military presence can ensure long-term peace and stability. Of course, Russia does not see Bosnia and Herzegovina or any other small Western Balkan state as a national security threat. However, preventing their membership in NATO and the European Union is a strategic goal within the broader objectives of Russian foreign policy. And Bosnia is the easiest target, since the existing ethnic problems can be deliberately deepened to divert the attention of the EU and NATO from Moscow's more ambitious plans. like those in Ukraine. And a pretext for Moscow's further intervention in Bosnia is slowly but steadily building. Russian Foreign Minister Sergey Lavrov recently claimed that mercenaries from Bosnia, Kosovo and Albania were being recruited and transferred to Ukraine's Donbass region to fight Moscow-backed rebels, something regional governments vehemently denied. The rhetoric of conflict is also emanating from political leaders of Bosnia's third ethnic group, the Croats, and their political party, the Croatian Democratic Union, which sees the volatile atmosphere as an opportunity to pursue its own electoral reforms designed to entrench further development of the current ethno-nationalist political system, at the expense of liberal and civic political parties. A weak economy, widespread corruption, failed reforms and an uninterested international community are harming the country's future. There is a broad consensus among domestic and international observers that Bosnia is currently facing its worst post-war crisis. It is no longer just a political crisis, but a security crisis, which is rapidly worsening.

Conspiracies begin inside Crimea to "blow up" Vladimir Putin, residents are preparing a bitter surprise for the Russian leader, this is how Ukraine is expected to win its territory