President Donald Trump casts his ballot in Florida: I voted for ... 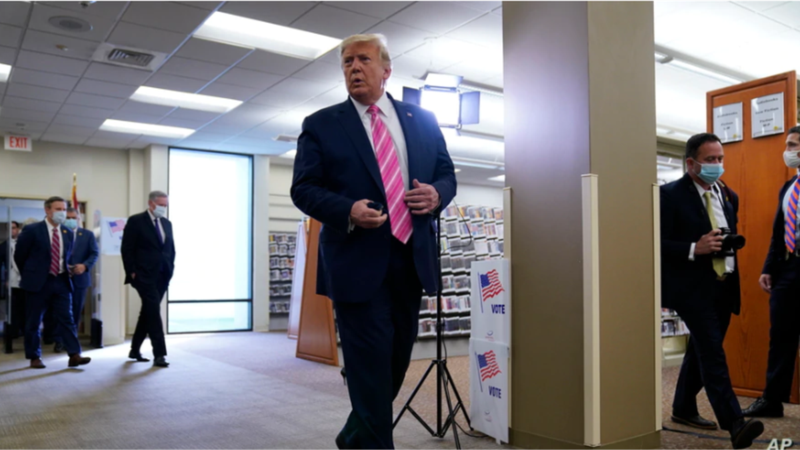 President Donald Trump voted Saturday in the state of Florida while his Democratic rival was in Pennsylvania at a campaign event.

President Trump last year changed his registration from New York to Florida, making his summer residence in Florida his main address which makes it possible for him to now vote in Florida.

"It was a very safe vote," he said. "Everything was perfect," the president told reporters as he left the Palm Beach City Library, which is being used as a polling station. "It was an honor to vote."

When asked who he voted for, the president replied "For someone called Trump."

The president continued the day with a campaign event in Lamberton, North Carolina. He also has campaign plans in Churchill, Ohio, and Wokeson, Wisconsin.

Former Vice President Joe Biden, meanwhile, ran a campaign where participants stayed in their cars, parked in a suburb of Philadelphia, a borough where Mrs. Clinton won by a narrow margin in 2016.

The Democratic nominee campaign is trying to expand support in Florida as well, where former President Obama is holding rallies in Miami in support of Mr. Biden.

Over 52 million Americans have voted so far. Another 100 million are expected to cast their ballots before the winner of the 2020 presidential election is announced./VOA