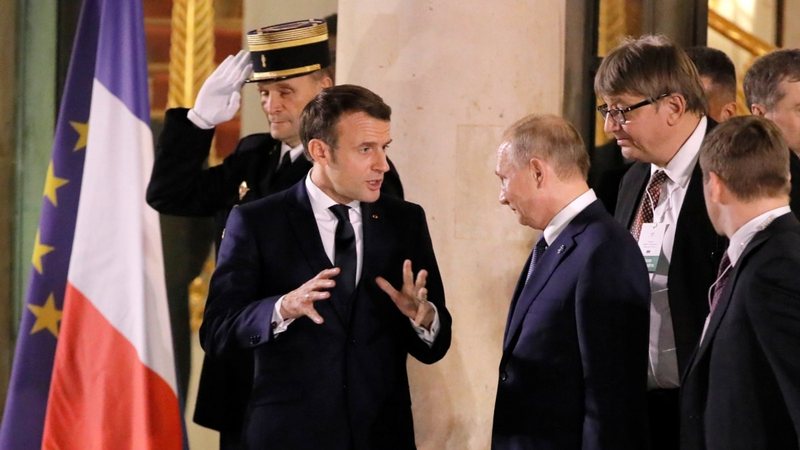 French President Emmanuel Macron told his Russian counterpart Vladimir Putin on Friday that Russia must respect the sovereignty of its neighbors, a French presidency official said, as Western allies try to ease tensions over Ukraine.

The two leaders also agreed during a telephone conversation that their countries would engage in quadripartite diplomatic talks, in the Normandy format, as part of efforts to ease tensions, the official added.

"President Putin said he wants to continue the dialogue and that it is important to work for the implementation of the Minsk agreements," the French official said, adding that Mr Putin did not want the situation to escalate.

According to the Kremlin, during the conversation with Mr. Macron, President Putin said that the United States and NATO had not responded to Moscow's main demands for security regarding the crisis in Ukraine, but that the Russian side was ready to continue the talks.

This is Mr. Putin's first reaction to the United States and NATO 's response to Russian demands.