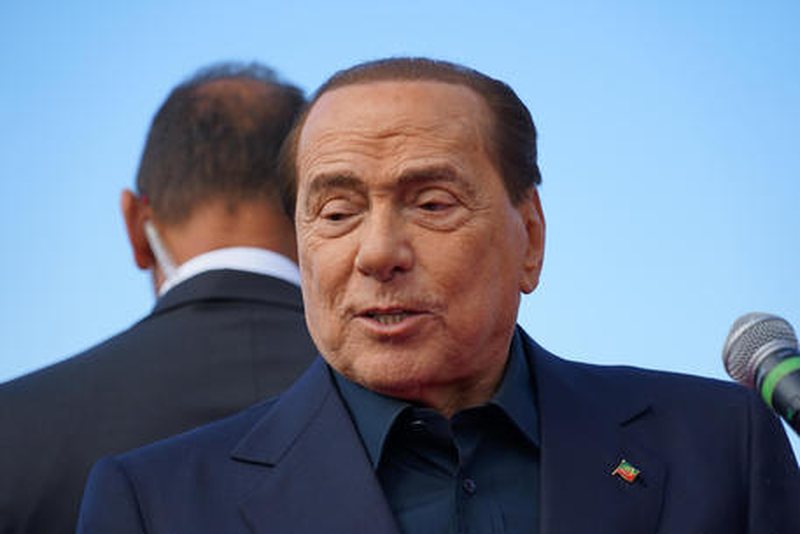 Milan prosecutors on Wednesday demanded that former Italian Prime Minister Silvio Berlusconi be sentenced to six years in prison on suspicion of bribing witnesses in a 2013 case of prostitution with a minor.

Mr Berlusconi is accused of paying 24 people, mostly young people invited to his evening parties, to lie in a previous trial, where he was accused of having sex with a 17-year-old Moroccan dancer at a club. night.

The scandal over the so-called "Bunga Bunga" holidays contributed to Mr Berlusconi's removal from the post of prime minister in 2011, marking the end of his fourth government.

Silvio Berlusconi, leader of the center-right Forca Italia party, was acquitted in the case and he pleaded not guilty in the subsequent bribery trial.

Mr Berlusconi's lawyer, Federico Cecconi, said he was not surprised by prosecutors' request for imprisonment and he was confident his client would be acquitted.

"We believe no crime has been committed,"  he told reporters.

Prosecutors also sought sentences of one to six years for the other 27 defendants in the case.

Among them is nightclub dancer Karima El Mahroug, better known in Italy by her stage name "Ruby the Heartstealer", which prosecutors said she had to spend five years behind bars on charges of taking bribe.

Prosecutors said the court should seize 10.8m euros from Berlusconi and 5m euros from El Mahroug, who are alleged to have been involved in the bribery scheme, and also seize four houses in Milan that Berlusconi allegedly offered to those allegedly paid them to lie.

The trial, which began in 2017, will resume in June, when the defense will present its arguments. The court ruling is expected to be announced in late September.

All three trials have been repeatedly adjourned due to the 85-year-old tycoon's frequent health problems.

Former Prime Minister Berlusconi was initially found guilty of paying to have sex with dancer El Mahroug, who at the age of 17 was considered a minor under Italian law and was sentenced to seven years in prison.

The decision was overturned in 2014 by an appellate court, which ruled there was no evidence he knew her age.

Berlusconi's career has been marred by numerous legal battles and he has been temporarily stripped of his right to hold a political post following a long-running 2013 tax evasion conviction./VOA