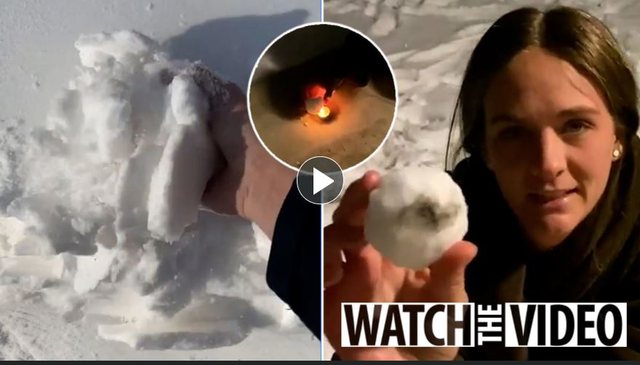 An unusual new conspiracy theory has spread across the internet as Texas is facing a severe winter storm. Viral videos on TikTok showed that some users seemed confused by the properties of the snow that covered the state last week, claiming it was "manufactured" and smelled "like plastic" when heated. A video shows a young Texan woman trying to melt a snowball with a candle but the snowball she carries is ignited by the candle flame but does not melt immediately.

Texans are reporting that the SNOW WON’T MELT. pic.twitter.com/AclPqZOyNo

Another theory says that Bill Gates is related to the "fake snow" in the southern US state. Conspiracy theorists have linked the winter storm to SCoPEx, a Gates-funded Harvard research group that is looking at the sustainability of using solar geoengineering to combat the effects of climate change. According to a fact check by USA Today, the process of hot snow that does not seem to be dripping is explained by "sublimation". Sublimation is a process similar to evaporation, occurring when a solid body becomes gaseous, without first becoming liquid. Strange conspiracy theories come as extreme weather left dozens dead and others face super expensive energy bills just to stay alive .

Did Donald Trump and Melanie actually get the Covid vaccines? American media reveal what happened to the former presidential couple

Some incredible views! Fishermen do not believe their eyes from what they catch at sea

This is the first European country to receive the Chinese vaccine

The woman pays 1,500 dollars for the iPhone from 'Apple', but is shocked by what she receives when the message came to her

Fight against COVID-19 / Good news from the US

It has just declared a state of emergency even though it is considered one of the least affected countries by the coronavirus in the world. Here is what is happening

Joe Biden loses the thread during the speech and surprises with the statement: What am I doing here? (Images that are making the rounds of the network)

He will not form a new party, Donald Trump's sensational move is revealed, here is what he is preparing for his return to the White House

The shocking statement is published, the well-known professor reveals the unspoken details about the existence of aliens: They have signed a contract, they have asked not to appear because humanity is not ...

STUDY / The Guardian: The Pfizer / BioNTech vaccine is less effective in this category!