Sharp scenes of war! Russian missiles kill a 14-year-old Ukrainian girl who was riding a bicycle 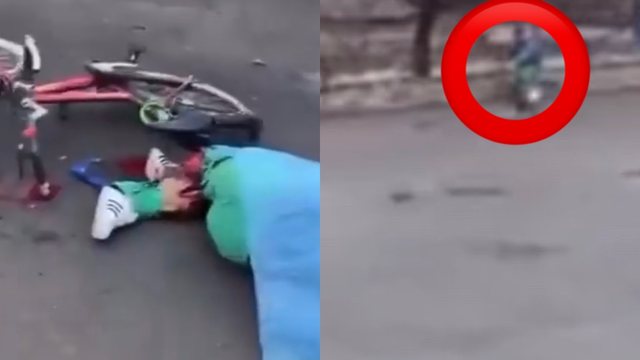 Harsh images of the Russia-Ukraine war have gone viral on social media, as numerous Twitter users have shared footage of the Russian bombings and their aftermath.

One of them clearly shows a 14-year-old minor cycling around the neighborhood as a Russian army rocket blows up the entire area.

The images have touched big and small as the whole world condemns Putin's actions, China has sided with him. Relief initiatives for people affected by the war have started to be applied on social networks.

Food crisis / Putin sets conditions for the West: We will reopen Ukraine's grain exports if ...

He gave information to the Russian troops, the 40-year-old suffers badly, Ukraine sentences him with ...

The fire involves the milionë 6m luxury yacht in Britain, the first suspicions

Ukraine calls on US to send more powerful missile launch systems, what the Pentagon is expected to do

War / Ukraine announces plan for reconstruction of the country, convinced the Prime Minister: The aggressor must pay for the destruction it has created

Putin talks with Macron and Scholz: I am ready to discuss ...

Zelensky urgently calls Boris Johnson, it is revealed what he asked

Have you ever had the desire to be immortal? The extraordinary news is coming: Very soon people can ...