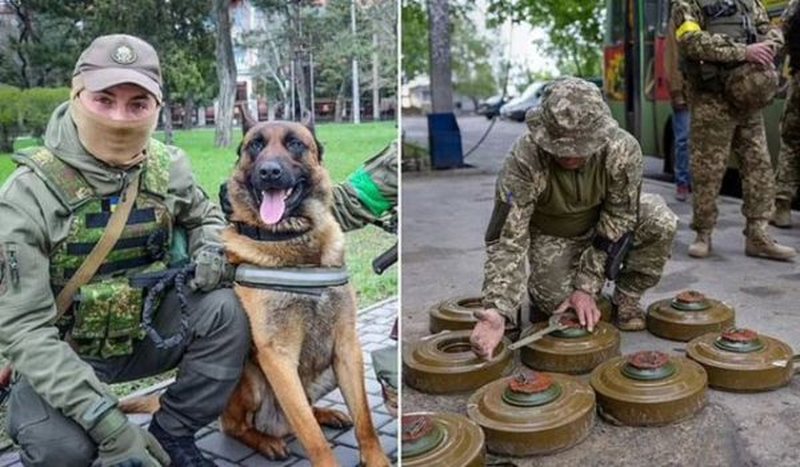 A war dog, abandoned by Russian forces has already joined the ranks of the Ukrainians after being rescued by local soldiers on the battlefield.

3-year-old Maxi, a Belgian malinois dog, was found extremely hungry by Ukrainians in the Mykolaiv region and was treated immediately.

He has now set to work to find mines after meeting Ukrainian commandos.

Dmitry, a member of the Ukrainian National Guard, said: "From now on, Max will serve with the right side, protecting the Ukrainians from Russian mines."

He added: "Max has been accompanied and taught very quickly by our soldiers. We can not understand how the Russians left behind such a beloved animal. "We Ukrainians love animals and have always treated them as part of the family."