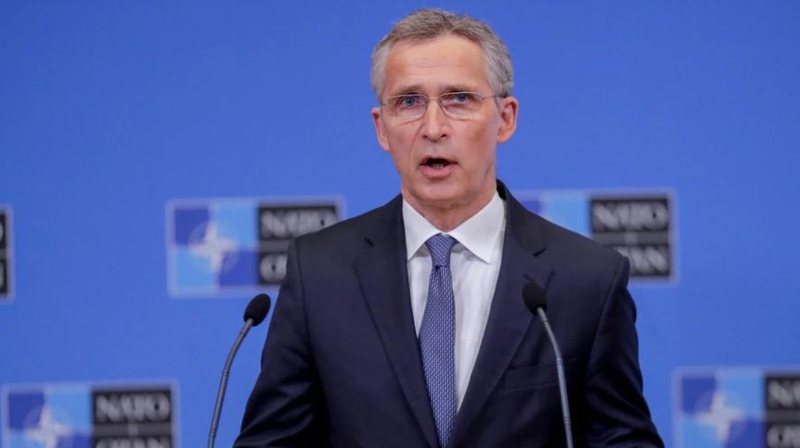 NATO Secretary-General Jens Stoltenberg urged Moscow not to continue assembling its troops on the border with Ukraine, and expressed the alliance's "unwavering" support.

According to him, the Russian actions are "unjustifiable, inexplicable and deeply disturbing."

The comments come amid growing violations of the ceasefire in eastern Ukraine, where Ukrainian government forces have been fighting pro-Russian separatists since 2014.

In 2014, Russia illegally annexed the Ukrainian Peninsula of Crimea.

Russia has deployed thousands of troops on Ukraine's borders. "It is their largest gathering since the illegal annexation of Crimea in 2014. In recent days, several Ukrainian soldiers have been killed in eastern Ukraine," Stoltenberg said.

Kuleba sounded challenging to Moscow, saying Ukraine and its Western partners are more prepared than they were seven years ago.

"If Moscow takes any reckless action or starts new violence, it will be costly in every sense," Kuleba said.

US Secretary of State Antony Blinken will arrive in Brussels on Wednesday, where he and Stoltenberg will assess the gathering of Russian troops on the border with Ukraine.

"Russia must put an end to this military aggression in and around Ukraine and stop its provocations," he said.

Israel ready for war, US reacts: Other countries in the region intervene

The Prime Minister of Italy makes the unexpected move, here is how Mario Draghi will help the people

UN on alert: A new pandemic will sweep the world

They injected 6 doses of Phizer vaccine, it is revealed what happened to the 23-year-old

You will not believe it! If you get vaccinated in this country you earn $ 1 million

A magnitude 6.0 earthquake shakes the country

Fighting the coronavirus, Anthony Fauci gives the GREAT news: This is an unusual situation

The study brings out the unexpected study: What happens to people who have received the mixed Pfizer and Astra Zeneca vaccines

The photo that has gone viral and is making the rounds of the world on this holy day! Shocking where believers in Gaza are forgiving Eid al-Fitr