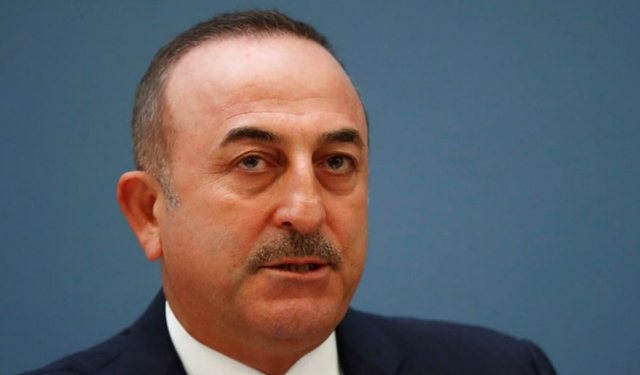 Turkey has called on the European Union to show "tangible results" in resolving tensions in the Eastern Mediterranean. Turkish Foreign Minister Mevlut Cavusoglu wrapped up two days of talks with EU leaders aimed at relaxing relations.

Tensions between Brussels and Ankara escalated last year after Turkey repeatedly sent a ship to search for gas in disputed waters, angering the bloc and member states Greece and Cyprus.

EU leaders in December added more names to a list of sanctions due to Turkish searches in Cypriot waters and discussed the possibility of tougher sanctions if Ankara does not change its stance.

But since then the rhetoric of all parties has softened dramatically, as Turkish President Recep Tayyip Erdogan said he wants to "turn a new page" with Brussels.

Greece and Turkey have agreed to resume talks next week to resolve differences. Turkey is urging the EU to remove threats of sanctions.

"No result can be achieved with the language of sanctions," Cavusoglu wrote on Twitter.

However, European diplomats insisted on Friday that work is continuing to finalize sanctions imposed by member states in December 2020.

"Dialogue must produce tangible results in the interests of the EU and Turkey," European Council President Charles Michel wrote on Twitter.

France, Greece and Cyprus have called for a tougher stance on Turkey, while other EU-led Germany has been more lenient in its approach to Turkey.

What happened? The bad news comes from Italy, some cities risk closure

Bought a vase for $ 35, the husband gets the incredible news that changes his life

Researchers make scary warning: This is the danger we will face from the masks we are using to protect ourselves from COVID

Unusual views occupy the sky / Fountains of lava and ash reaching a height of 400 meters, the sixth time in eight days, volcanologists are left speechless by this phenomenon

This is the state that wins the battle with the dangerous virus, announces the removal of all restrictions COVID-19

Is the situation getting worse / A new complete closure throughout Germany? Angela Merkel warns of a third wave