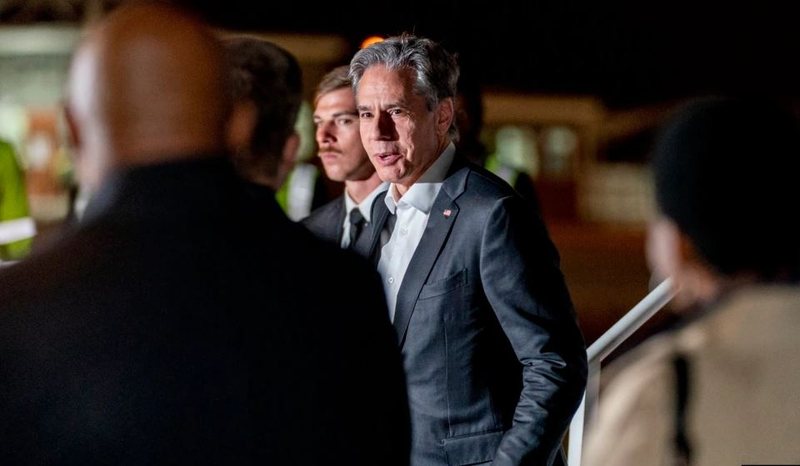 US Secretary of State Antony Blinken arrived in South Africa on Sunday, marking the first leg of his tour of three African countries.

In addition to South Africa, Mr. Blinken will also visit the Democratic Republic of Congo and Rwanda.

Mr. Blinken is expected to give a speech in South Africa on Monday on US strategy toward sub-Saharan Africa. Climate change, trade, health and food insecurity will be topics of discussion.

In the Democratic Republic of Congo, State Department officials say Mr. Blinken will work to reduce tensions between Congo and Rwanda. Congo has accused its neighbor of supporting the M23 armed group, a charge Kigali has denied.

According to the State Department, during his visit to Rwanda, Mr. Blinken will raise the issue of the "unjust detention" of US permanent resident Paul Rusesabagina. Mr Rusesabagina's actions helped save hundreds of lives during the 1994 genocide and inspired the film Hotel Rwanda.

Mr Blinken's visit comes just days after Russia's top diplomat, Sergey Lavrov, wrapped up his tour of the continent, where he defended Russia's attack on Ukraine and blamed Western sanctions for rising fuel costs and food prices in Africa. . But the United States has blamed the Russian attack for the price hike.

Political analysts say Africa has once again become a battleground for influence and ideology as decades have passed since the end of the Cold War.

This is Mr. Blinken's second trip to Africa as Secretary of State. He visited Nigeria, Senegal and Kenya in November last year./ VOA