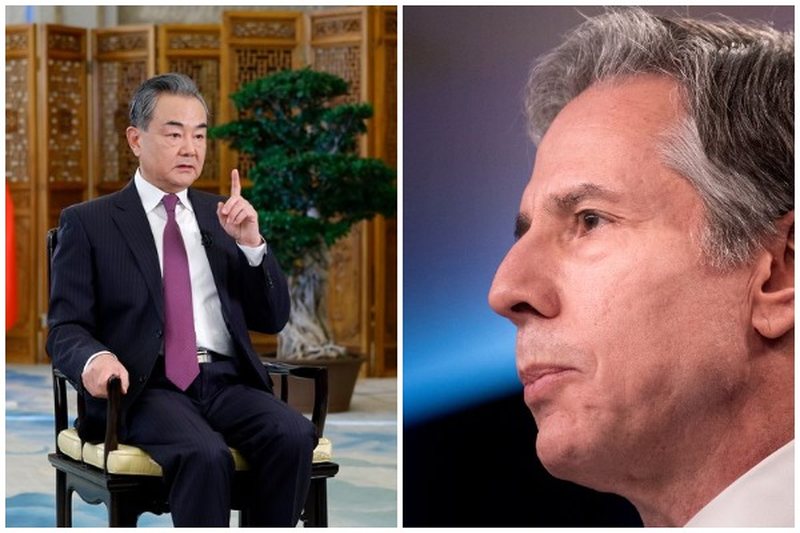 This can be seen as a direct message from China to the United States, which warned of economic and security risks in the event of a Russian aggression.

China's Foreign Minister Wang Yi and US Secretary of State Antony Blinken spoke about the situation in Ukraine in a phone call Wednesday night, Reuters reports.

"We urge all parties to remain calm and refrain from doing things that fuel tensions and the crisis," Wang-Blinken was quoted as saying in a statement.

Russia, which has been positioning its military forces on Ukraine's borders for months, has urged NATO to withdraw troops and weapons from Eastern Europe and stop Ukraine, a former Soviet state, from joining the NATO alliance. -s.

The United States and NATO oppose the move, but say they are ready to discuss other topics, such as arms control.

"Secretary Blinken… conveyed the message that de-escalation and diplomacy are the most responsible path to follow," Blinken-Wang was quoted as saying in a statement issued by the US State Department.

Wang, apparently referring to Russia's opposition to NATO enlargement in Eastern Europe, told Blinken that one country's security could not be at the expense of the security of others and regional security could not be guaranteed by strengthening or also expanded military blocks, the Chinese ministry said.

"To resolve the Ukraine issue, we still have to go back to the new Minsk Agreement," Wang said.

China has strengthened ties with Russia as tensions between China and the United States have risen over a range of issues, from trade to human rights, Taiwan and China's maritime claims.

Russian President Vladimir Putin, against whom the United States has threatened personal sanctions if Russia invades Ukraine, is expected to visit China next week for the Winter Olympics, which begin on February 4.

Wang told Blinken that the United States "continues to make mistakes in its words and deeds towards China, causing new shocks in relations between the two countries."

"The top priority at the moment is for the United States to stop interfering in the Beijing Winter Olympics, to stop playing with fire over the Taiwan issue, and to stop creating various cliques against China," he said, according to the Chinese Foreign Ministry.

The United States, Canada, Australia and Britain have announced they will not send any state officials to the Games because of China's human rights record. China has denied human rights abuses and rejected what it calls the politicization of sport.