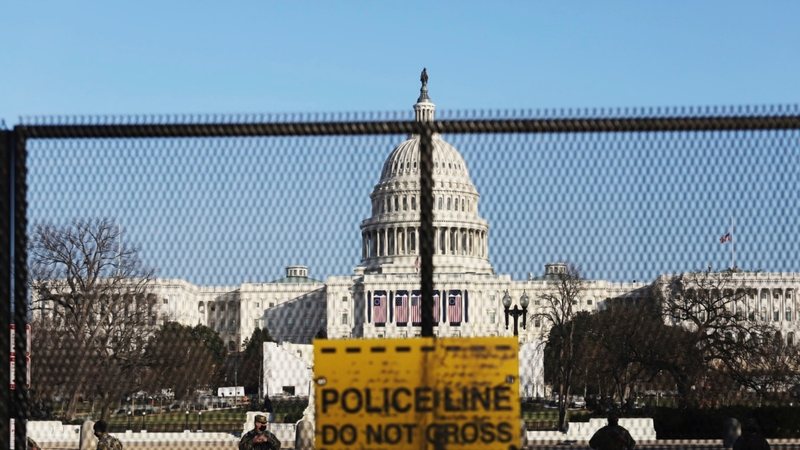 Supporters of former President Donald Trump who carried out the deadly attack on the Capitol on January 6 have hinted that they want to "blow up" Congress headquarters and kill its members, the Capitol police chief said on Thursday.

Threats suggest extremists could target the building during a speech by President Joe Biden, incumbent Police Chief Yogananda Pittman told lawmakers who expressed the need to maintain high security measures around the building.

"Members of the militia groups who were present on January 6 have expressed that they want to blow up the Capitol and kill as many members of Congress as possible by making a direct connection to the State of the Speech," he said. police chief Pittman members of a House Committee.

"We think it would be prudent for the Capitol Police to maintain strong security measures until we address those vulnerabilities," she said.

The date for President Biden's address to Congress has not yet been announced, which is usually at the beginning of the year.

Following the deadly Jan. 6 attack on the Capitol in Washington, unprecedented security measures were put in place, including barbed wire fences and National Guard force checkpoints.

About 5,000 troops are expected to remain in place until mid-March.

Mr Trump's supporters attacked the Capitol in a bid to prevent Congress from certifying Democrat Biden's victory over the Republican president, who incorrectly insisted there had been widespread fraud in the November election.

The attack delayed for several hours the certification of Mr. Biden's victory, as lawmakers were forced to hide from the crowd. Five people died from the violence, including a Capitol Police officer.

More than 200 people have been charged so far with their roles in the attack, including some with links to far-right groups such as the Oath Keepers and the Proud Boys.