Violated the measures he took for COVID-19, the Minister of Health of this EU country is arrested 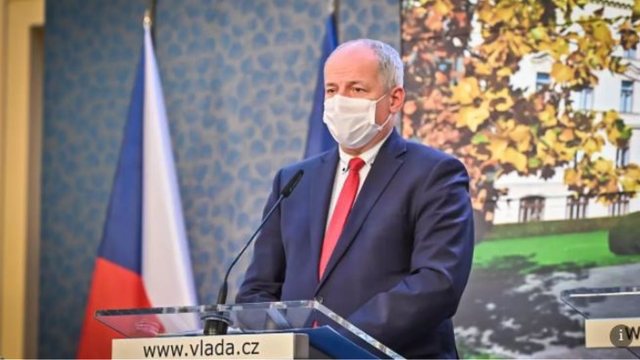 The Czech president will appoint a new Minister of Health on Thursday to replace Roman Primoula, who was fired after being arrested for violating measures he took against the coronavirus.

This was stated today by a spokesman for the Czech Republic.

A photographer caught Roman Primula with his camera last week as he was leaving a restaurant, which should have been closed due to regulations set in the fight against coronavirus.

The Czech Republic is at the top of the EU in terms of the number of new deaths and new infections per 100,000 inhabitants. Of the 10.7 million people, the Czech Republic has recorded about 270,000 positive cases and 2,400 deaths since March.

"President Milos Zeman will hand over the post of health minister to Jan Blatni on Thursday," Zeman spokesman Giri Ovcacek said in a statement.

Jan Blatny is a hematologist, pediatrician and deputy director of a hospital in the Czech Republic's second largest city, Brno. He has no political experience.