How to avoid the second quarantine? Here comes the clear message from the WHO: This is the epicenter of the disease 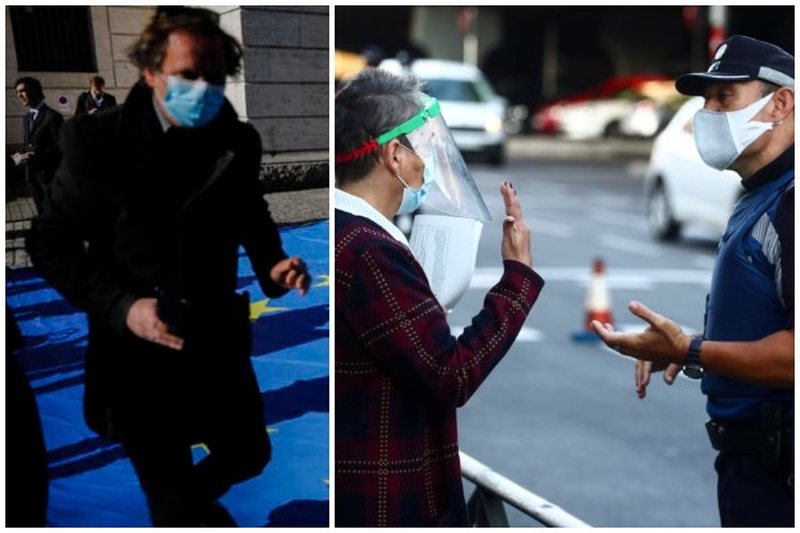 The World Health Organization says the imposition of curfews due to the coronavirus could have been avoided if people had contributed to curbing the spread of the virus. Meanwhile the latest restrictive measures have caused outrage in Italy and discord among the population in Spain.

According to the WHO, not only governments have a responsibility to stop the spread of the coronavirus, but also people and businesses.

Of the total cases of COVID-19 reported last week, the organization says 46 percent of them have been identified in Europe.

" There is no doubt that Europe is currently the epicenter of the disease. "There is a lot of movement and therefore may require closures and restrictions, as well as home stay orders in order to extinguish this hot phase of the pandemic. " Michael Ryan, head of emergencies at WHO.

But some are not happy with the return to the blockade.

The Spaniards are divided over the latest curfew at the national level, from 11pm to 5am.

" Measures were needed. "The time had come to do something tougher, " said Cecilia, who works as a secretary.

" Maybe imposing a curfew is a measure that for many people is too strong, after all, I think it will deepen the economic crisis and force people to do illegal things, instead of being more responsible, ”says Alexia, a student.

Spain is one of the hardest hit countries in Europe with over 1 million infected since the start of the pandemic, a figure that continues to rise.

" The truth is that the progression of infections is very fast and the numbers are clearly rising. "It is very likely that if we do not implement all the measures correctly, the infections will continue to grow, at least in the coming weeks, " said Fernando Simón, Health Crisis Officer in Spain.

Meanwhile in Italy the police used tear gas to disperse the angry protesters with the latest restrictive measures regarding the coronavirus, which force bars, cafés and restaurants close at 6pm. Since the beginning of the pandemic in Italy more than 560 thousand cases of COVID-19 have been registered.

The World Health Organization said a record 2.8 million new cases of COVID-19 have been reported worldwide over the past seven days, including 40,000 new deaths.

The UN health agency says Europe has the highest percentage of new cases reported for the second week in a row with more than 1.3 million cases, an increase of 33% compared to the previous week.

The figures also show that cases are also on the rise in the Americas, the Eastern Mediterranean and the African region, while a decline continues to be reported in Southeast Asia. The Western Pacific region also showed a slight decline in new cases and deaths over the seven-day period.

The WHO said the countries that reported the highest number of cases last week were India, the United States, France, Brazil and Britain - the same countries as three weeks ago.

The virus has even affected operations at UN headquarters in New York. General Assembly President Volkan Bozkir canceled all physical meetings on Tuesday after five employees of the Niger mission to the world organization tested positive for COVID-19.

According to data compiled by the Johns Hopkins Center, the United States reported a record 502,828 new cases of COVID-19 over the past week. The previous record of 481,519 new cases was recorded for the week ended October 24./VOA