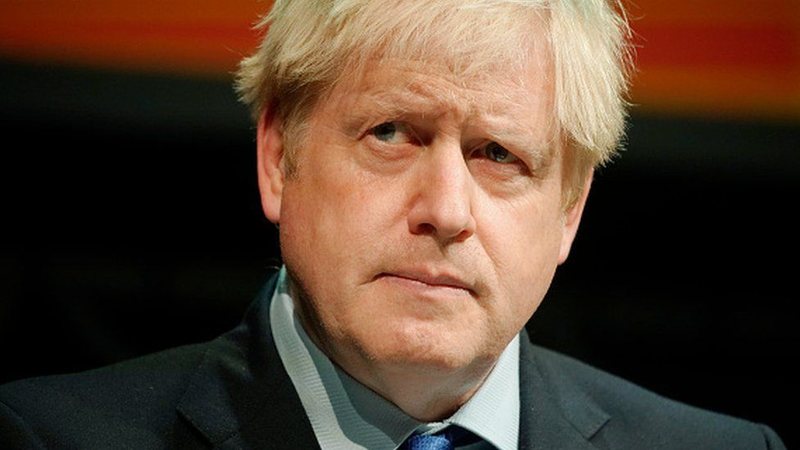 British Prime Minister Boris Johnson will announce his resignation as Conservative Party leader on Thursday, the BBC reports, following the resignation of new ministers and more than 50 other officials.

Meanwhile, Johnson's office said that "the prime minister will address the nation with a statement" today.

Eight ministers, including two secretaries of state, resigned on July 7, leaving Johnson isolated and without political power and prompting him to announce his resignation later in the day, media reports said.

"Boris Johnson is to resign as leader of the Conservative Party," BBC politics editor Chris Mason said, adding that he would stay on as prime minister until the autumn.

Among the officials who have resigned are Chancellor Nadhim Zahawi, who was appointed two days ago. He said that the situation "is not sustainable and will only get worse".

Zahawi was appointed after Rishi Sunak resigned and said he could no longer support Johnson due to a series of ethics scandals.

Also, the secretary for Ireland, Brandon Lewis is among the politicians who have resigned.

Discontent in Johnson's cabinet emerged after recent revelations of inappropriate sexual behavior by Tory lawmaker Chris Picher, and it was reported that Johnson was aware of these incidents.

But a group of conservative lawmakers known as the 1922 Committee has the power to rewrite the rules and could allow a no-confidence motion to be held in a shorter period of time. The committee can decide on this issue as soon as Monday.

Johnson came to power in 2019 after scoring the biggest victory the Conservative Party had ever experienced.