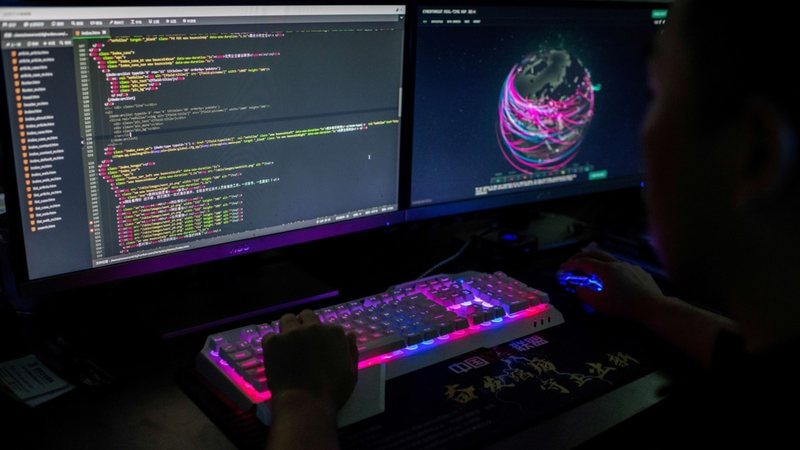 According to the US government and the governments of other countries, China is responsible for the largest computer interference ever committed, with the theft of e-mail messages and other data from various organizations. Experts say China's orchestrated attacks on strategic targets have increased in recent years.

One January evening, cybersecurity firm Volexity, which monitors the computer networks of its clients, including the government, the defense sector and financial firms, spotted an anomaly.

"We saw that large amounts of data were leaving our clients' networks. "We were alarmed," said Steven Adair, president of Volexity.

This finding revealed a covert operation that exploited a previously unknown flaw in the Microsoft Exchange e-mail program used by businesses, governments, and large employee organizations. Hackers were stealing emails.

President Biden's administration said the intervention was the result of a Chinese state-sponsored hacker attack.

China has denied any connection to the attack on Microsoft's systems. An article in the Chinese state newspaper "Global Times" accused the United States of cyber attacks on China.

According to Mr. Adair, some initial data from the attack on the Microsoft Exchange e-mail system showed traces of China, e.g. to the code used in attack programming, the destination where the data was sent, and the targets of the attack.

"It's the classic scenario of cyber espionage, with the aim of getting information, stealing data and sending it elsewhere. We do not know exactly what they wanted and what they did with the information. We can guess, but the operation was very precise and in complete secrecy ", says Mr. Adair.

Although Russian hackers have been responsible for some of the largest cyberattacks in the United States, cyber security firms say over the past two years, Beijing has ordered more cyber operations, against Asian countries and around the world, to collected intelligence data on society, economics and politics.

During their virtual meeting, President Biden and Chinese President Xi Jinping discussed how to reduce cyber conflicts between the two countries.

In the case of the Microsoft Exchange attack, system vulnerabilities became known before the company could correct them.

Hacker groups from all over the world had the opportunity to exploit this vulnerability and attack targets of all kinds.

"There were organizations from all over the world, from large contracting firms in the field of defense, government agencies and small entities, such as funeral homes, or education directors. "I think it was probably one of the biggest cyber attacks of all time."