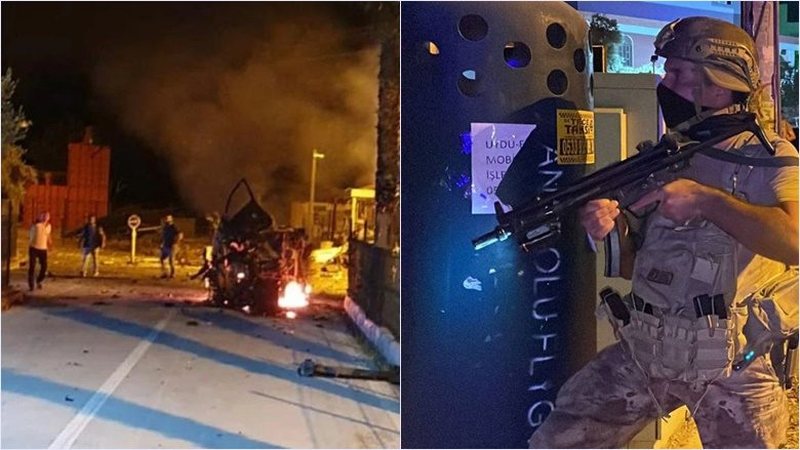 Turkey's interior minister on Saturday described a gun attack that killed a policeman in the south of the country as an operation "that has its origins in America."

Two suspected Kurdish militants opened fire on security forces' quarters in the Mediterranean province of Mersin late Monday, killing a policeman and wounding a law enforcement officer and a civilian.

Two women, who Turkish authorities said were linked to the outlawed Kurdistan Workers' Party, or PKK, then killed themselves, detonating bombs.

"This is an action originating in America," Interior Minister Suleyman Soylu said during a meeting with ruling party officials in the Black Sea province of Giresun, according to the private Demiroren news agency and other media.

Minister Soylu also said that the US authorities had asked the Turkish police for the serial numbers of the firearms used in the attack, without specifying which US agency had made the request.

Turkish government officials have previously accused Washington of supporting the PKK, arming and training the group's Syrian branch, known as the YPG.

Tens of thousands of people have been killed in the 38-year conflict between the PKK and the Turkish state. The PKK is considered a terrorist organization by Turkey, the US and the European Union. The US does not recognize the YPG as a terrorist entity. This group has contributed to the fight against the Islamic State group in Syria.

Last year Mr Soylu raised allegations of US involvement in a failed coup attempt in Turkey in 2016 that left more than 250 people dead.

In 2018, the United States imposed sanctions on Mr. Soylu over the arrest and detention of American pastor Andrew Brunson.

The Turkish minister said that Monday's attackers, who targeted the shelter of security personnel in the Mezitli district of Mersin, had arrived in Turkey by motorized parachute from the Syrian city of Manbij controlled by the YPG group./VOA