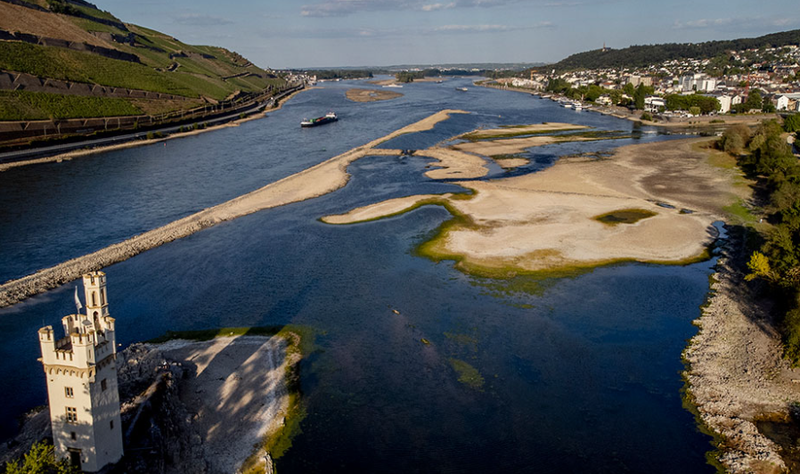 Almost two-thirds of the European territory is on red alert due to drought, while warnings have also been issued due to heat waves and low rainfall.

According to the competent agency of the European Union, as a result of the drought, the navigation of rivers and lakes, the production of electricity and the yields of some crops have been limited.

The August report from the European Drought Observatory (EDO), which is overseen by the European Commission, states that 47% of Europe is on red alert and 17% is on standby.

Drought has affected many regions of Europe since the beginning of the year and has widened and worsened since early August," the report said.

Low water levels are hampering navigation on rivers and lakes, such as along the Rhine, and reduced shiploads are affecting coal and oil transport.

EDO reports that in mid-August the rains eased the situation somewhat, but in some cases came in the form of storms which caused further damage.