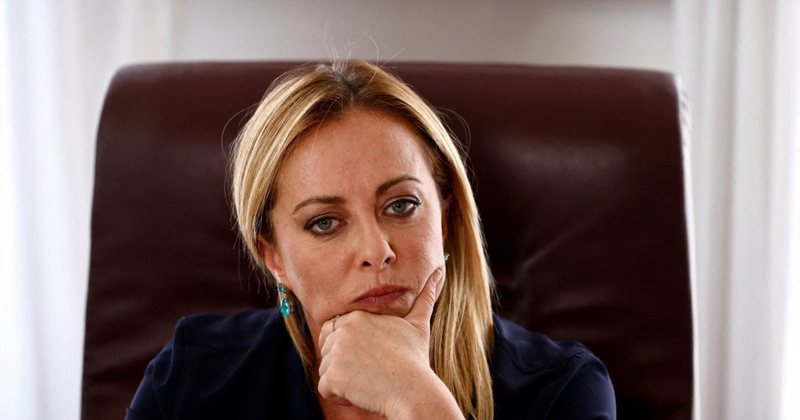 Italy's far-right leader Giorgia Meloni demanded an explanation after a French minister suggested rights could be at risk under the new government Meloni is expected to form. Meloni's party, the Brothers of Italy, won last month's general election.

France's Minister for European Affairs, Laurence Boone, told the daily Repubblica that Paris "will closely monitor respect for values ??and the rule of law" when the new Italian Government begins work.

"The European Union has already demonstrated its vigilance to other countries, such as Hungary and Poland," Boone said, citing two Eurosceptic governments that have clashed with Brussels over human rights.

Meloni, whose post-fascist party won the September 25 election, said the statements appeared to be "an unacceptable threat of intervention against a sovereign EU member".

"I am confident that the French Government will immediately reject these statements," Meloni said on October 7, adding that he hoped the "left-wing" newspaper had misinterpreted Boone's statements.

Meloni, a defender of Catholic family values, won the election as part of a right-wing coalition. Her victory, according to human rights activists, poses a threat to civil rights, ranging from abortion to same-sex marriage. Meloni is expected to become Italy's first female prime minister and is expected to lead a right-wing government with the most extreme leanings since World War II. The new Italian executive is expected to be formed by the end of October.

VIDEO/ 'Madness' in Nusret's restaurant, the waiters forcibly eject the vegetarians, you won't believe the reason

Limiting price of Russian oil, EU countries make the decision, this is what the cost per barrel will be

Been hidden for several months, comes out of Putin's beloved 'den', surprises everyone with the new look

Tragedy, the man kills the pregnant woman and the 5-year-old child