Accusations deepen ahead of US election, Trump: Biden must get out of the cellar 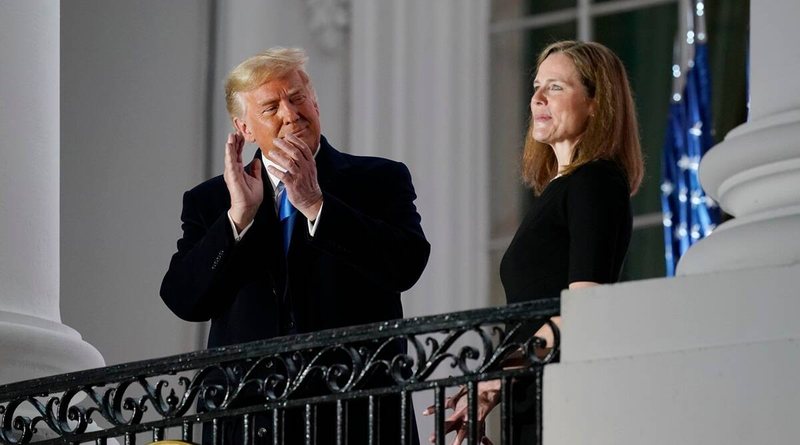 With just six days left until the November 3 presidential election, presidential candidates are making the final moves to influence voters. Democrat candidate Joe Biden has accused President Donald Trump of failing to respond to the pandemic caused by the new coronavirus and surrendering to the coronavirus. "Donald Trump is the worst possible president, the worst person who can lead us in this pandemic," Biden said in Chester, Pennsylvania, during an election rally. Biden's statement also provoked a reaction from Mr. Trump, who opposed the Democrat's claims that his administration had surrendered and "raised the white flag" against the coronavirus. He further described Mr. Biden as a pathetic candidate. In comments to reporters when he arrived in the city of Allentown for the first of three activities scheduled for Monday in the undecided state of Pennsylvania, the president said Mr. Biden has raised the white flag in the face of life. "He has to get out of the cellar. "This man never leaves the cellar," Trump said. During his campaign in Pennsylvania, Mr. Biden accused his opponent of running a kind of campaign that promotes infections and turns activities into hotbeds of infection. Meanwhile, White House Chief of Staff Mark Meadows told CNN on Sunday that the United States "will not put the coronavirus pandemic under control," defending the administration and President Trump's decision to hold rallies with high participation, where people rarely wear masks as well as other activities although the rates of virus spread have intensified. "We will control the fact that we will do vaccines, therapy and other relief measures," Meadows told CNN. This Meadows statement also brought Biden's statement. "It is not that Mr Meadows was wrong. It was an honest statement of the strategy pursued by the Trump administration from the beginning: raising the white banner of defeat in the hope that by ignoring the pandemic, the virus would simply disappear. "This did not happen and will not happen," said Biden. Former Vice President Biden in the Obama administration has further accused the Trump administration of not reacting on the instructions of scientists. "President Trump and his administration should have listened to the scientists in time, "They had taken action and taken seriously the threat of a virus that takes thousands of lives every week, closing schools and forcing millions of Americans to lose their jobs." So far the United States has recorded a world record of more than 225,000 deaths and over 8.6 million infections, according to Johns Hopkins University.

In last week's debate, the president raised the issue with Mr. Biden: "The emails, those scandalous emails, the endless money you and your family were earning. "Joe, you were the vice president when these things were happening," said the president. Biden has denied allegations of corruption and described them as a tactic to divert attention.