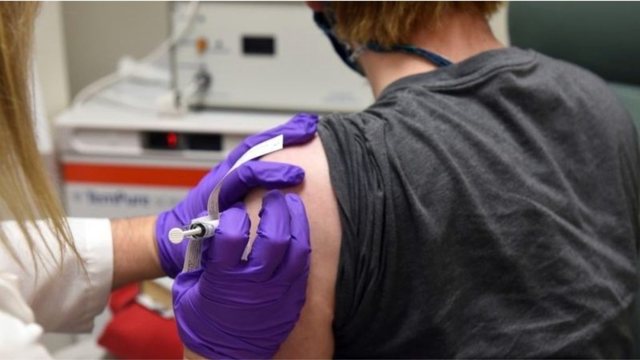 A general in Spain resigned on Saturday, following allegations raised in the media that he had received the coronavirus vaccine in front of priority groups, causing public outrage.

Defense Secretary Margarita Robles had asked General Miguel Angel Villaroya, the chief of defense staff, for explanations following the news that he had received the vaccine out of turn.

Later in a press release, the Ministry of Defense underlined that the general never intended to take advantage of the high position, thus damaging the image of the Armed Forces.

Earth does not find peace / Strong earthquake hits Greece, here was the epicenter and how far

VIDEO that is 'breaking' the network / The journalist was reporting 'live', what is happening behind his back is scary

The US gives the 'green light' to another vaccine against COVID-19, President Joe Biden comes out with the powerful message: Exciting news, but ...

Joe Biden: On Monday we will make an announcement about Saudi Arabia

Doctors in Italy find 'perfect medicine' to recover from COVID-19

FBI, near the identification of the suspect in the death of the Capitol police officer (Details)

President Biden comes out with a strong warning: Beware this state