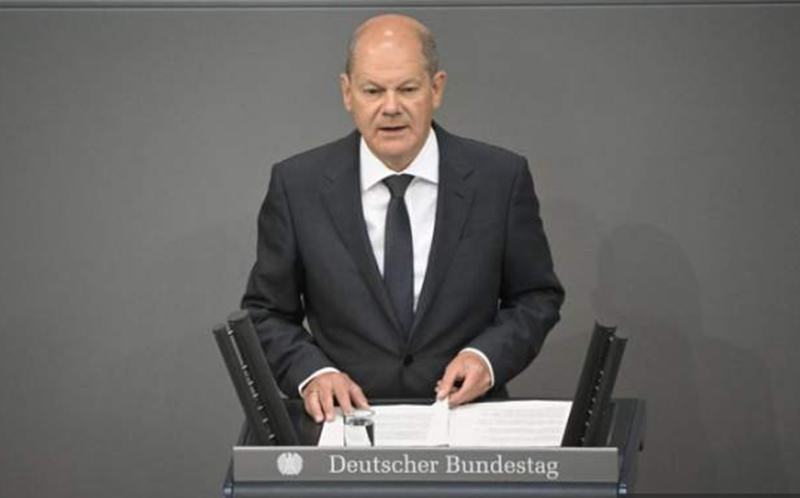 German Chancellor Olaf Scholz announced that Ukraine's efforts to join the European Union could not be accelerated despite the Russian occupation.

Addressing the Bundestag, the German parliament, ahead of a meeting of EU leaders, he said there was "no shortcut" to joining the bloc and argued that an exception for Ukraine would be unfair to Balkan countries that are also seeking membership.

The president of France, Emmanuel Macron, warned earlier that it could take "decades" for Ukraine to become a member state, an assessment agreed by the German leader.

In April, Scholz called for the applications of the Western Balkan countries of Albania, Bosnia, Serbia, Montenegro, northern Macedonia and Kosovo to be accelerated.

In a statement Thursday, he said: "For years they have undertaken intensive reforms and are preparing for membership.

"Keeping our promises to them is not just a matter of our credibility. Today, more than ever, their integration is also in our strategic interests. ”