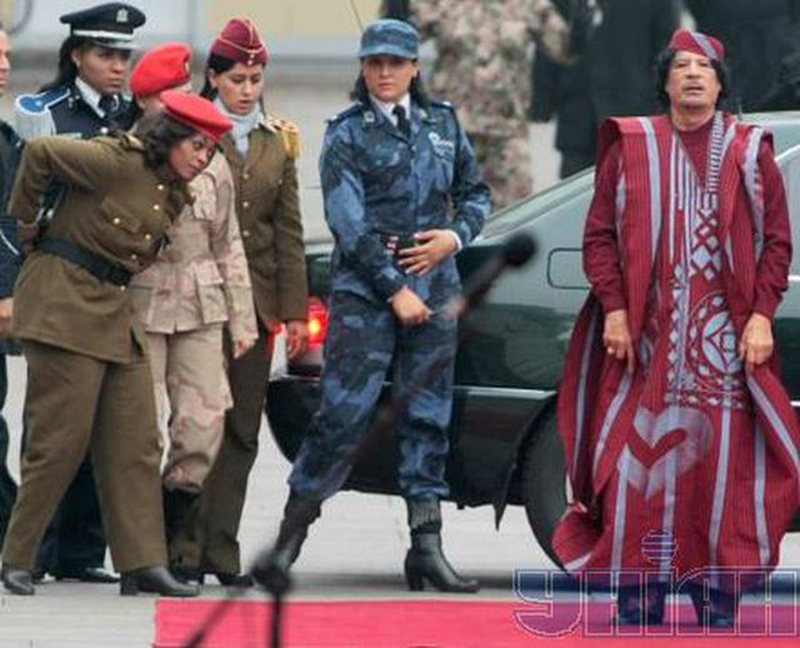 A recently published book reveals some horrific details from Libya of how former dictator Gaddafi beat and raped young girls in his 'harem'.

The assassinated Libyan dictator Muammar Gaddafi beat and raped abducted minor girls whom he used as sex slaves, according to the book 'Gaddafi Harem'.

Soraya was just fifteen years old, a schoolgirl in the coastal city of Sirte, when she was given the opportunity to give a bouquet of flowers to Colonel Gaddafi, on a visit she was making to her school that week. This meeting was "a blow to the head" for Gaddafi once he saw it, and sent Soraya's life back to hell forever. Shortly afterwards, she was summoned to Bab al-Azizia, Gaddafi's compound near Tripoli, where she joined a number of young women who were being raped by Gaddafi.

"Do not be afraid. I am your pope. That's what you call me, right? But I am also your brother and your lover. I will be everything to you. "Because you will stay and live with me forever," Soraya told the book "In Gaddafi's Harem."

In "Gaddafi Harem", an instant bestseller published in France, where it has already sold more than 100,000 copies worldwide, "Le Monde" special correspondent Annick Cojean gives a voice to Soraya's story and adds the investigation of her for abuses of Gaddafi power through interviews with people who knew Soraya, as well as with other women who had been abused by Gaddafi.

According to the DailyMail, Gaddafi repeatedly raped, beat and urinated the teenager during her five years in captivity. Sometimes other girls joined them. When another girl had oral sex in Gaddafi, she told Soraya 'Look and learn,' the report said.

One girl describes how she was forced to wear lace lingerie and watch pornographic movies, adding that Gaddafi needed some girls every day. The book also revealed how victims of Gaddafi’s sexual slavery still suffer after being rejected by their families as they were not married.

What happened? The bad news comes from Italy, some cities risk closure

Bought a vase for $ 35, the husband gets the incredible news that changes his life

Researchers make scary warning: This is the danger we will face from the masks we are using to protect ourselves from COVID

Unusual views occupy the sky / Fountains of lava and ash reaching a height of 400 meters, the sixth time in eight days, volcanologists are left speechless by this phenomenon

This is the state that wins the battle with the dangerous virus, announces the removal of all restrictions COVID-19

Is the situation getting worse / A new complete closure throughout Germany? Angela Merkel warns of a third wave