Shortly before the elections, another strong 'slap' comes for Monika Kryemadhi / Damian Gjiknuri gives the news, here is what happened in Vlora 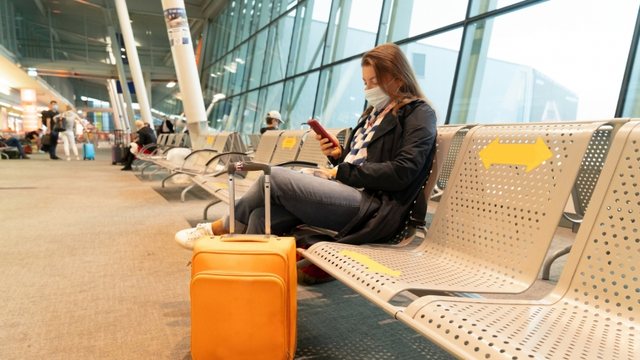 The UK has banned all travel from South America and Portugal due to a new variant of COVID-19 discovered in Brazil.

Citizens and residents returning from the trip must be isolated for ten days.

Freight drivers from Portugal traveling to the UK are also exempt from the restriction.

Shapps justified Portugal's involvement in the precautionary measure because of "the country's important ties with Brazil."

He said there was no evidence that the coronavirus variant was circulating in Portugal.

The new variant was identified in persons who had arrived in Japan from Brazil.

Scientists say it is different from the variant discovered in England, which forced many countries in the world to take restrictive measures against travel to the UK.

Brazil suspended flights from Britain during the Christmas period due to concerns about the new mutation, which is thought to be 50% more contagious than the original version of COVID-19.

The American pilot spotted "Ufo" in this country during the flight, the airline and the US federal agency do not deny

VOA: How much do Chinese vaccines help increase Beijing's influence in the Balkans?

Extreme frost still remains deep in the northeast of the Continent! Weather forecasters warn of severe weather change in March

Joe Biden makes the next move, the phone call with King Salman fades

He asked me to drop the bomb ? / The statement that sank the "strongman" of Myslym Shyri is revealed, here is what he is accused of

Situation heats up / Greek Foreign Minister openly threatens Turkey: We will respond to their provocations quite directly!