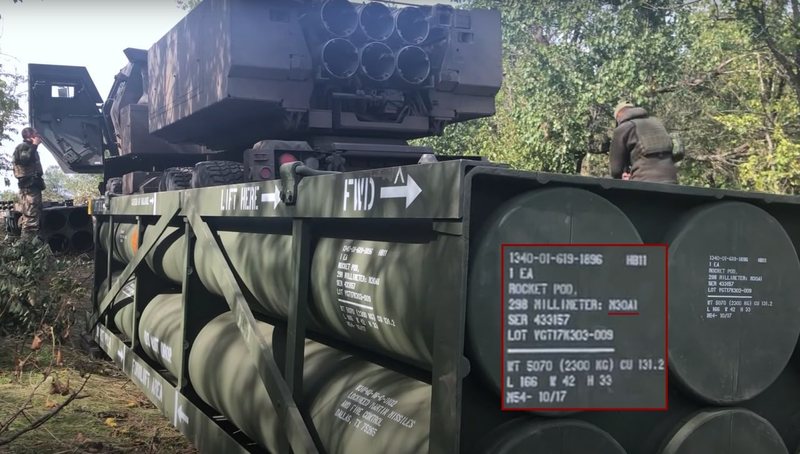 The offensive launched by Ukraine to recover the lost lands continues. The news that 5 people were killed by Russian bombing in Kherson this morning increased the tension in the region. While these are happening, the last weapon that will be used by Ukraine has recently appeared, which has a terrible destructive power as well as great precision.

#Ukraine : Ukraine received new rockets for HIMARS/M270- here we can see a pod of M30A1 guided rockets.
M30A1 differs from previously seen M31A1/A2 by an alternative warhead with 182000 preformed spheroid steel/tungsten fragments and is designed to be used against soft targets. pic.twitter.com/iAUkjPuaEn

Until now, the Ukrainians have used US HIMARS missile systems, which are known to be among the most advanced to hit military targets up to hundreds of kilometers away, but the latest missiles appear to further increase Ukraine's ability to strike Russian forces in their heart.

Twitter account 'Ukraine Weapons Tracker' announced that Ukrainian troops used US-supplied HIMARS/M30A1 missiles on the Kherson front. These systems are more advanced than previous ones and are said to have been used to hit targets deep inside the Russian front line.

In fact, these rockets were used precisely to destroy the two bridges connecting the two banks of the Dnipro River in Kherson.

With the acquisition of the HIMARS/M30A1 systems, Ukraine can now hit almost any Russian target inside their territory.

These missiles explode while still in the air, providing a large area of ??destruction (the principle of operation is clearly visible on the video). pic.twitter.com/CGymXAJ4AX

(VIDEO) Bad debate breaks out between two well-known moderators of 'Top Channel'! You're putting on a show, you're unfair to people"/ Jerina explodes LIVE at Dalina Buz and throws everything in her face: A frustrated person always remains...

Meghan Markle shocks the network: I tried to commit suicide when I was pregnant with my son

Meghan Markle revealed she once thought about suicide and said: "I don't want an...